Microsoft’s JEDI contract move: Those are not the cloud providers you’re looking for 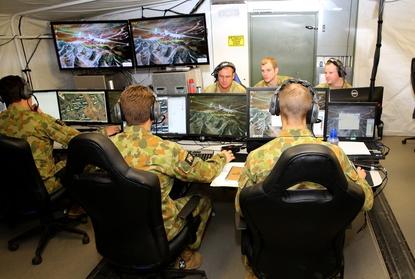 Microsoft surprised most of the tech and political world when it was awarded a 10-year, $10 billion contract from the U.S. Department of Defense for the Joint Enterprise Defense Infrastructure (JEDI) project to transform the military’s use of the cloud. Amazon, IBM, Oracle and Google had all been in the running, with Amazon thought to be the front-runner because it is the world’s largest cloud provider and had already built a cloud system for the Central Intelligence Agency.

After Microsoft received the contract, plenty of people expressed the belief that President Trump had intervened to make sure Amazon didn’t win it, pointing to his constant criticism of Amazon founder and CEO Jeff Bezos, who also owns The Washington Post. Fueling the speculation was a book published by a speechwriter for former Defense Secretary Jim Mattis, which claimed that Trump wanted to freeze Amazon out of the contract.

Among those raising objections was Amazon, which is officially challenging the decision on the ground that it was made for political reasons rather than technical or military ones. Amazon spokesman Drew Herdener explained in a statement, “It’s critical for our country that the government and its elected leaders administer procurements objectively and in a manner that is free from political influence. Numerous aspects of the JEDI evaluation process contained clear deficiencies, errors and unmistakable bias — and it’s important that these matters be examined and rectified.”

It’s not clear whether the president had an active hand in choosing Microsoft over Amazon. What is clear is that Microsoft made itself a viable choice, in part, by tearing a page from its old playbook: Use the power of Windows as a way to force its way into other markets.

In decades past, Microsoft did that with great success, mowing down competitors in the markets for word processing, spreadsheets, presentation software and others. The ploy hasn’t worked in recent times, though, and Windows is no longer the core of Microsoft. The cloud is. But in this instance, it appears that Windows helped Microsoft land JEDI, which is helping the company in its efforts to catch up to Amazon in cloud market share.

To understand how Microsoft leveraged Windows, you need to look back three years. In December 2016, Microsoft was awarded a $972 million contract to migrate all 4 million Defense Department employees to Windows 10 and to provide the department with large numbers of Windows devices, including laptops and desktops. The contract also called for Microsoft to provide tech support to the military for five years. On the same day the contract was awarded, the Defense Department approved Microsoft Surface for deployment to the military.

Department of Defense CIO Terry Halvorsen explained the decisions by saying, “It is important for the Department to rapidly transition to Microsoft Windows 10 in order to improve our cybersecurity posture, lower the cost of IT and streamline the IT operating environment.”

At the time, Windows 10, about 18 months past its release date, wasn’t exactly setting the world on fire. But you can’t get a more ringing endorsement than Halvorsen’s. GeekWire explained the importance of the contract this way: “It’s a striking departure from the old way of thinking about upgrades, where many institutions including the military stuck with what worked until the new systems were more thoroughly tested, often upgrading years after the general public.”

But even more important was the foot Microsoft had gotten inside the Pentagon’s door. A little more than a year after the contract was signed, Microsoft finished the migration to Windows 10 for the Defense Department. That the migration didn’t lag certainly must have pleased the military. And now, when it comes to desktop and laptop computing, the U.S. military is all Windows all the time, and it clearly trusts Microsoft.

And now comes the big reward, the JEDI contract. While it’s true that Amazon has filed an objection, don’t expect the contract award to be overturned. Daniel Ives, the managing director of Wedbush Securities, told The New York Times that Amazon’s challenge “was to be expected, given how significant the JEDI deal is.” But he added that he doesn’t believe the challenge will succeed because, “This is the most scrutinized contract D.O.D. has ever had.” Ives added that the Pentagon’s review of the challenge would probably take only between 45 and 60 days.

Even if political influence was involved, Microsoft’s long-standing relationship with the Department of Defense, particularly the big Windows 10 deal and its heavy reliance on that OS, will provide cover for the military should it stick with Microsoft.

In strictly numeric terms, the contract isn’t a game-changer for Microsoft. It amounts to $1 billion per year, and it’s guaranteed for only two years, with two three-year options after that, and then a final two-year option. Today, Amazon owns 47.8% of the cloud market, and Microsoft trails far behind with 15.5%, according to Gartner. This deal, by itself, won’t do much to alter those numbers.

But there’s power in signaling, and this high-profile contract from an organization that eschews risk in all things signals to businesses and other government agencies that Microsoft can be trusted with anyone’s cloud business. And it will likely lessen Amazon’s reputation as the only cloud vendor worth considering.

So expect other big deals to go Microsoft’s way as the company pivots to the cloud.

Remember, no one is claiming that political influence put Microsoft ahead of Google and IBM in this contest. No, Microsoft got into the running the old-fashioned way: using the power of Windows to muscle its way into a big market it wants to dominate.