Leaves after 18 years with the distributor 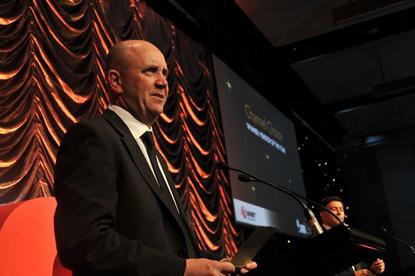 The distributor giant confirmed it has culled Costigan’s role of vice president of marketing, education and vendor management as part of a region-wide restructure.

His departure marks the end of an 18-year tenure with the distributor, having originally been part of Avnet Technology Solutions before Tech Data acquired it for $US2.6 billion in 2016.

A Tech Data spokesperson told ARN that Costigan’s roles of marketing and education had been separated from vendor management, the latter of which will now be overseen from its regional headquarters in Singapore.

“We express our appreciation to Michael for his contributions and wish him every success in his future endeavours,” the spokesperson.

“In this period of rapid change in the IT ecosystem, Tech Data is laser-focused on accelerating our strategy, expanding our business in Asia Pacific, and driving success for our channel partners.

"As such, we will continue to review our business to meet the evolving needs of our markets, vendors, partners, and colleagues, aligning our resources accordingly.”

Costigan originally joined Avnet in 2002 initially as the marketing manager for its IBM business unit, and eventually progressed through various senior management roles since then, including director of marketing and business innovation.

Tech Data first made its intentions clear to buy in 2016, marking the world’s second-largest distributor’s first foray into the Australian market.

Following the acquisition, Costigan helped steer Avnet through its rebrand to Tech Data. The acquisition’s conclusion also led to the departure of A/NZ general manager Darren Adams after 15 years.

He was subsequently replaced by former Westcon-Comstor and Westcon Group executive Wendy O’Keeffe.