If AWS' chip efforts are successful, it could lessen the unit's reliance on Intel and Advanced Micro Devices for server chips 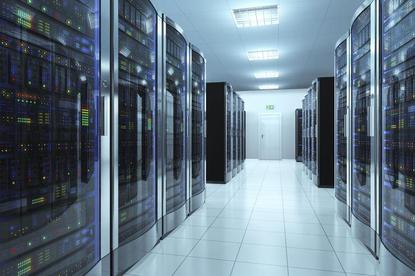 Amazon's cloud computing unit has designed a second, more powerful generation of data center processor chip, two sources familiar with the matter have said, the latest sign that the company is pouring money into custom silicon for its fastest-growing business.

The new Amazon Web Services (AWS) chip uses technology from Softbank Group Corp-owned Arm Holdings, the sources said. One of the sources familiar with the matter said it will be at least 20 per cent faster than Amazon's first Arm-based chip, named Graviton, which was released last year as a low-cost option for easier computing tasks.

If AWS' chip efforts are successful, it could lessen the unit's reliance on Intel and Advanced Micro Devices for server chips.

In cloud computing, businesses rent out servers from Amazon instead of running their own data centers. Analysts expect Amazon's cloud unit to generate US$34.9 billion in sales in 2019, according to IBES data from Refinitiv.

Cloud computing has become big business for data center chip makers. Intel controls more than 90 per cent of the server processor market, with AMD controlling most of the remainder. Intel's data center group generated almost of half of the company's overall operating profit last year.

And most server chips go to the cloud. In 2018, almost 65 per cent of Intel's data center chip sales were from cloud and communications service providers, its executives have said.

Amazon's first Arm chip did not appear to have an impact on Intel's data center business, which continued to grow over the past year, said Bernstein analyst Stacy Rasgon. But he said major technology companies, who spend billions each year with Intel and AMD with few alternatives, have the resources to make more powerful Arm chips.

"Arm by itself I'm not worried about, but Arm in the hands of an Amazon or a Google who could potentially invest in it, that becomes potentially more problematic" for Intel, Rasgon said.

Amazon's Arm effort appears to be making progress, one of the sources said. The new chip's speed gain "sends a message to the market" that Amazon is serious about investing in Arm-based chips, the person said.

Both sources familiar with the matter said the new chip is not expected to be as powerful as Intel's "Cascade Lake" or AMD's "Rome" chips.

In a data center that houses tens of thousands of servers, chip buyers often focus on a mix of factors - speed, chip size, power consumption and cooling costs - called the "total cost of ownership." That is where Arm-based offerings hope to one day compete with Intel.

The new chip will also use a technology called a "fabric" that will allow it to connect with other chips to speed up tasks like image recognition, one of the people familiar with the matter said.

To take advantage of the new chip, cloud customers likely will need to use software written for Arm-based chips, which is less common than software for Intel and AMD chips.

"The hardware is only part of the equation," the second source familiar with the matter said.