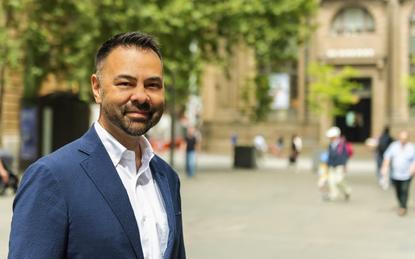 New Relic has appointed Dmitri Chen as executive vice president and general manager for the Asia Pacific and Japan region.

Chen joins the US-based software insights provider from Dell Technologies, where he held a variety of roles across the US and Singapore over 19 years.

In the newly created roles, Chen will lead the Australian and New Zealand markets from Singapore.

“As software is increasingly seen as the primary driver for business success for companies across APJ and around the world, the New Relic Observability Platform provides the insights that companies need to accelerate their modern businesses,” Chen said.

Michael Christenson, president and chief operating officer at New Relic, added that the appointment would assist the provider enter into its next growth phase in the Asia Pacific Japan region.

“We are thrilled to have Dmitri’s expertise in APJ to help lead us to the next phase of growth for customers and partners in the region.”

Prior to his appointment, Chen held a number of technology leadership positions over the last 21 years. The majority of this time, 19 years, was spent working for Dell Technologies with his most recent position being chief operating officer and vice president of specialty sales for Asia Pacific and Japan from October 2014 to November 2019.

The other positions Chen held at Dell included vice president of sales in the data protection and availability division for Asia Pacific and Japan, chief of staff for Americas sales, chief of staff for North American mid-market sales, district sales manager for the Greater Denver area and a global account manager.

This appointment follows moves made by New Relic in late April 2019 to increase its local presence with 40 employees added to its Sydney team.