Comes after roles at Extreme Networks, IBM, Avaya and others 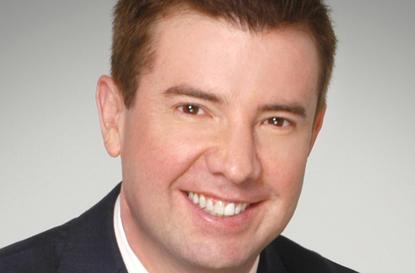 Former IBM cloud and smarter infrastructure software business leader Matt Walterhausen is set to jet off to Singapore after being appointed as vice president, sales, for IT services giant Unisys in the Asia Pacific region.

Walterhausen comes to Unisys with more than 25 years of international IT business experience under his belt, having held roles in various large multinational IT organisations, including Extreme Networks, IBM and Avaya, as well as some start-ups.

He joins Unisys from Envestnet, an open banking data aggregation and data analytics platform, with his role as vice president seeing him based in Sydney. However, the new appointment will see Walterhausen shortly relocate to Singapore.

This won’t be Walterhausen's first post in Asia, with his role at IBM as business leader for cloud and smarter infrastructure software seeing him based in Shanghai. In that role, Walterhausen was responsible for IBM's cloud and service management revenue in over 25 countries.

In addition to China, Australia and Singapore, Walterhausen has lived and worked in Japan and Korea, holding roles in sales, management, business strategy, consulting, technical and marketing across a range of sectors.

For Unisys Asia Pacific vice president and general manager Rick Mayhew, Walterhausen’s past experience in the region will position him well to lead the company’s sales activities local markets.

“We are delighted that Matt has joined our leadership team in Asia Pacific,” said Mayhew. “He brings a wealth of international experience across the unique markets in our region and I look forward to working closely with him to accelerate our business momentum in Asia Pacific among a wide range of government and enterprise clients.”

Asia Pacific is an important region for Unisys, which is headquartered in the United States, with the local region generating 15 per cent of Unisys’ global total non-GAAP [Generally Accepted Accounting Principles] adjusted revenue in 2018.