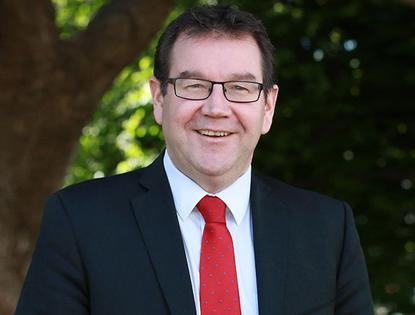 A series of information releases is lifting the lid on government efforts "de-prioritise" legacy system investment and drive even more common technology approaches.

A Budget 2019 Treasury document signed off by Minister of Finance Grant Robertson and released in August outlined how government wants to approach ICT investment across five categories by applying a new "common process model" developed by Inland Revenue.

The effort grew out of apparent frustration during the development of the 2018 Budget where duplication and lack of coordination in ICT bids suggested agencies were not working together to invest efficiently.

"To help address this issue for Budget 2019 and beyond, the minister for government digital services agreed to work with me to develop an all-of-government system overview of digital, data and ICT spending to ensure any future investment in these areas is targeted, efficient and value for money," Robertson explained.

The release said the government's chief digital officer (GCDO) and chief data steward (GCDS) were working together to ensure investment in digital, data and ICT was better coordinated and took an all-of-government perspective.

The GCDO and GCDS worked with financial, data and information system leaders and stakeholders to develop the investment principles which had been endorsed by the chief executives on the digital government leadership group.

Under the new structure, investment in back office systems, for instance, would be prioritised if the proposed investment adopted the common process model.

Information and data services investment would be prioritised if they aligned with the "Data strategy and roadmap" for New Zealand and priorities set for the year ahead.

"Specifically, bids are prioritised if they focus on meaningful data for decision-making, strengthening safeguards and protections for New Zealanders’ data, transparent and open data practices, the design of data for reuse, and data leadership and stewardship," the release explained.

Investments in service delivery would be supported if they prioritised the use of application programming interfaces (APIs) for information sharing and process automation across new system investment, as well as opening up data from legacy systems.

They would also be prioritised if the new investment used innovation and design thinking to solve complex problems; and followed four specific design requirements: cloud based, prototyping, co-design and use of accepted government design standards.

Meanwhile, investment in legacy systems will not be prioritised except in the case of critical systems that require investment to prevent system failure or loss of service delivery.

"The expectation is that the principles will evolve over the coming years and be applied both to existing baseline and to new budget investment, resulting in more coordinated and efficient investment," the release said.

NZTA last week cited compliance with the "common process model" as a requirement in a HR and payroll system tender, a problematic category the government is targeting with other new requirements as well.