Friction exists over who assumes buyer and seller status 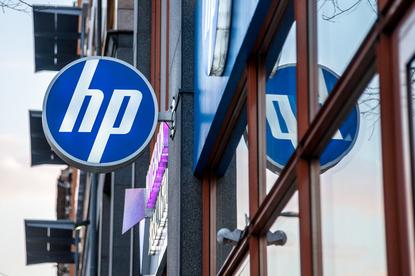 The potential mega merger between HP and Xerox has hit a roadblock following alleged disagreements over which management team should run the combined company.

Days after receiving a takeover bid from its smaller rival, believed to be in the range of US$33 billion, HP is rumoured to have cooled discussions amid concerns over the post-acquisition structure, according to sources close to Bloomberg.

Privately, both parties have acknowledged there is “some rationale” in combining competitive forces to survive in a printing and copier market experiencing steady decline.

But despite this, sources close to Bloomberg insist a deal has yet to be reached due to “potentially intractable disagreements about which should be the buyer and which the seller”. Further friction exists around which “management team should run the pro forma company, and which has a healthier underlying business”, according to Bloomberg.

To help speed up the deal, Xerox is reportedly prepared to offer HP four weeks of mutual due diligence to assess the merits of the merger, allowing both vendors to examine each other’s books.

According to Toni Sacconaghi, senior technology research analyst at Bernstein, the move could be a ploy by Xerox to goad HP into reversing the deal and buying its rival instead, claiming this scenario would make “a lot more financial sense.”

The claim is based on the logic that HP’s market cap is more than 3.5 times as big, totalling $29 billion compared to $8.4 billion for Xerox.

“After all, the highly levered combination of XRX [Xerox] buying HPQ [HP] would assume a lot of risk, particularly since the decay curve of print and copy volumes is highly uncertain, and arguably could negatively inflect downward, as appears to have happened with HP’s supplies business this year,” wrote Sacconaghi, via an analyst note.

With Xerox as the acquirer, Sacconaghi said the combined business would be saddled with more than $25 billion in net debt.

“In contrast, the economics of HPQ buying XRX would be superior, given that HPQ could do so with limited or no debt, yet synergies would be identical, likely generating immediate accretion and with limited enterprise risk," he added.