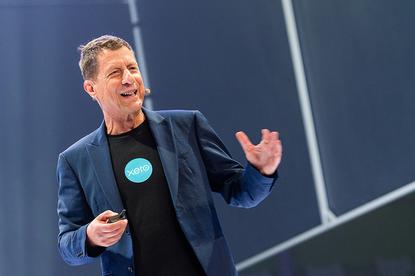 The UK and rest of the world are proving to be the major growth engines for New Zealand-based SaaS accounting software developer Xero.

Operating revenue was up 32 per cent overall to NZ$338.7 million (33 per cent in constant currency) for the first half of the company's 2020 financial year, which ended 30 September.

Annualised monthly revenue and subscriber numbers both grew by 30 per cent, with the latter pushing 2.1 million.

Xero also notably moved into profit with a $29.9 million turnaround leading to a $1.3 million surplus.

There were a number of significant global trends contributing to Xero’s growth including industry, regulatory and technology shifts, he said.

"These include the increased use of cloud technology by small businesses, the digitisation of tax and compliance systems, and innovation reshaping the financial services sector.”

UK subscriber numbers grew 51 per cent compared with the same period last year to 536,000 while the rest of the world grew 52 per cent to 99,000, led by growth in South Africa as well as in Hong Kong and Singapore.

The UK results were driven by a continued focus on building Xero’s partner channel, investment in brand and marketing, and the implementation of the HM Revenue & Customs’ "Making Tax Digital" initiative.

Xero is opening of a new office in Manchester complementing its London and Milton Keynes offices.

New Zealand revenue rose by 22 per cent, however, and Australian by 26 per cent (29 per cent in constant currency).

Favourable average revenue per user trends in New Zealand were driven by a greater emphasis on additional platform solutions including Xero Payroll which benefited from the introduction of payday filing by Inland Revenue on 1 April and the adoption by existing customers of higher value and function subscriptions.

North America delivered a 21 per cent increase in subscriber numbers to 215,000.

US revenue grew 34 per cent, up from 29 per cent in constant currency. Xero said it was continuing to execute its partner channel strategy in that market.