A release candidate of the Chromium-based browser can already be downloaded from Microsoft's website. The final version shows up in about 10 weeks 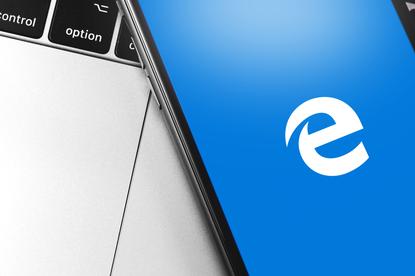 Microsoft will release a production-quality version of its recast Edge browser January 15, or in just over 10 weeks.

What the Redmond, Wash. company this week called a "release candidate" of the final version can be downloaded from the firm's website.

The build -- the label usually applies to finished code that may still harbour some bugs -- has been marked 79.0.309.11 and issued as the latest Beta for Windows and macOS.

Microsoft first broached the idea of remaking Edge in December 2018, when it announced it was discarding its own rendering and JavaScript engines -- the technologies at the core of any browser -- and instead adopting those built by the Chromium project, the open-source effort led by Google that fuels Chrome.

With that declaration, Microsoft gave up on building a modern browser -- one that would replace the ancient and obsolete Internet Explorer (IE) -- and follow in the footsteps of such niche applications as Opera and Brave.

Not surprisingly, Microsoft cast it differently. "We intend to adopt the Chromium open source project in the development of Microsoft Edge on the desktop to create better web compatibility for our customers and less fragmentation of the web for all web developers," wrote Joe Belfiore, a corporate vice president in the Windows group, at the time.

Since then, Microsoft has released multiple versions of the "full-Chromium" Edge using the same development channel nomenclature Google does for Chrome -- Canary, Dev and Beta -- for first, Windows 10 and macOS, and then somewhat later, for Windows 7 and Windows 8.1.

Microsoft's assignment of 79.0.309.11 as the release candidate -- and more generally, version 79 currently as the Beta channel build -- points to that edition as what the company will offer on January 15, 2020.

Chrome will rely on the same foundation -- Chromium 79 -- for its December 10 release, labeled Chrome 79. The two, Edge and Chrome, will therefore not be on the same release schedule.

Nor will they be for at least one additional upgrade. Chrome 80, built upon the same-numbered version of Chromium, will debut at the end of January (January 28, to be exact) or early the next month (February 4). Those dates would seem far too close to Microsoft's January 15 to be used for the first Edge upgrade.

Earlier, Microsoft did not explicitly say whether it would keep pace with Chromium's (and thus Chrome's) calendar, releasing an upgrade every six to eight weeks.

In fact, in June a program manager said the opposite: "We're not beholden to six weeks or four weeks or something like that," Chris Heilmann said about Edge's future release tempo. Yet in online documentation, Microsoft said that, yes, it will release like Chrome, if not on the same dates. "Feature updates will be released on a 6-week cycle (approximately)," the updating support doc said.

Yusuf Mehdi, the executive in the Modern Life & Devices group who introduced the release candidate in a November 4 post to a Microsoft blog, touted several features in the impending final, most of which had been disclosed previously.

One is the browser's tracking protection, a defensive technology that debuted in June with the very preliminary Canary build. At the time, the feature was burdened with a bare-bones UI (user interface) and Microsoft relegated it to a behind-the-scenes option panel.

Now in finished form, tracking prevention is switched on by default and boasts a polished and prominent UI. Like similar technologies featured in other browsers, Edge's tracking protection comes in several levels of intensity, from basic through balanced to strict. Each successive level increases the kind and number of trackers that are blocked.

Microsoft put Edge on the same path Mozilla and Apple set Firefox and Safari, respectively, staking out an anti-tracking position.

Not only does this play to users concerned about online privacy -- specifically how sites and advertisers monitor their movements and behaviour -- but it positions the Chromium Edge as different from Chrome, the Chromium original.

Other Edge features that have been fleshed out to completion include IE mode, which emulates the old browser for customers stuck with earlier generations of web apps, intranet sites and mission-critical websites of suppliers and partners.

Also prominent in Edge's release candidate is Collections, a set of tools that lets users gather information from multiple online sources, then organise it for content creation or decision making.

But Microsoft has a reason for the apparent madness: It sells post-retirement support, called Extended Security Updates (ESU), to business customers for up to three years, or until January 2023.

While Microsoft has not said it aloud -- at least to Computerworld's knowledge -- it will almost certainly service the new Edge on Windows 7 with security and feature updates.