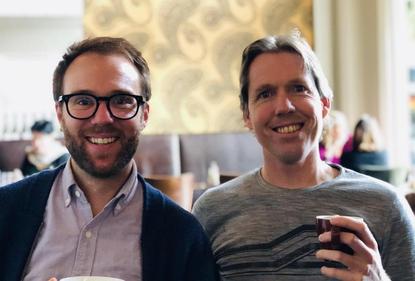 Scottish Widows, which has operated since 1815, said working with Wellington-based Montoux was an obvious decision.

"It’s practical innovation that delivers genuine ROI, allowing us to be more responsive to the market, and ultimately provide better products and services for consumers, for the right price at the right time.”

Montoux was recognised as a promising early stage company in the 2019 TIN Report last week.

Since founding seven years ago in Lyall Bay, the company has grown fast, with offices in Wellington, New York, with Sydney and London offices pending.

“Right now, we know we are one of the best aids a life insurer has to reach both its strategic innovation goals and deliver a financial return,” said Montoux’s co-CEO Geoff Keast.

“For most carriers, pricing is an incredibly outdated bottleneck that only shows them part of the picture. A transformed pricing process is something they can update today - given better tools - and immediately see a return.”

The Scottish Widows roll-out  marked the official UK launch for Montoux which has also been active in the US, Japan, Hong Kong and Australasia.

in July, Montoux announced it had raised $10.5 million in funding in rounds that included firms from across the APAC region and from well known former life insurance executives.