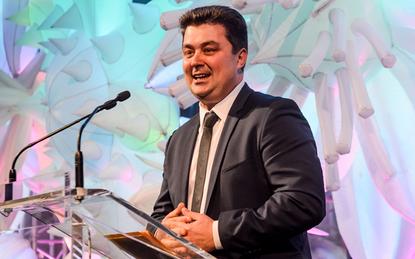 Dicker Data has been recognised as the world’s leading Cisco distributor in 2019, flying the flag for Australia and New Zealand following a strong year of growth.

ARN can exclusively reveal that the homegrown distributor - which beat out competition from a host of global players - was honoured for excellence in innovation, business growth, customer satisfaction and competitive differentiation.

Key to success was growth at a tier-2 level, in addition to expansion of Cisco products into mid-market and small to medium-sized business (SMB) segments.

“This award is testament to our hybrid approach to distribution and specialised focus within the Cisco portfolio,” said Vladimir Mitnovetski, COO of Dicker Data. “Lots of distributors grew as much as we did globally through enterprise deals but we targeted tier-2 partners at mid-market and SMB levels.”

Speaking to ARN on the sidelines of Cisco Partner Summit 2019 in Las Vegas, Mitnovetski said tier-2 growth during the past 12 months has been roughly 50 per cent year-on-year.

“Cisco has a strong heritage at the high-end enterprise level and lots of distributors play in that space from a transactional perspective,” he added. “But we can deliver enterprise-grade solutions into these key markets, across all of Australia, and that’s our unique value proposition.”

Approximately 80 per cent of Dicker Data’s revenue comes from mid-market and SMB, outlined Mitnovetski, who was recently inducted into the ARN Hall of Fame.

“We are a very strong distributor in those areas,” he said. “Value-add from an enterprise perspective is more focused on providing credit terms and logistics, being easy to deal with and removing complexity from day-to-day operations. But this is what a good distributor should be doing anyways, that’s not providing a lot of value in isolation.”

Mitnovetski said Dicker Data differentiates by providing the “next layer” of specialisation through investing in technical resources, tools and digital marketing across “four or five core pillars”.

“This is how we have become focused on specific architecture through a high-touch model,” he explained. “Lots of tier-2 and tier-3 partners require help and support in this part of the market, which isn’t always an area distributors like to invest in.”

The distributor’s Cisco division - which was also recognised locally in March 2019 - is ran by Vickie Madeleine, who joined the business in September 2017 from the technology giant.

“Credit to Cisco also for making improvements in how they engage with distribution through improved processes, providing the right tools and enhancing the deal registration program,” Mitnovetski added. “This has allowed us to become more active and follow the brief outlined at a global level.”

The honouring comes two years after Cisco overhauled its distribution strategy in New Zealand, parting company with Dicker Data and Ingram Micro in an industry-defining round of channel changes. Should Cisco decide to revisit this decision in the Kiwi market, it appears Dicker Data is well placed to capitalise.

Despite a refusal to be drawn on such speculation, Mitnovetski said the global recognition - unveiled ahead of the vendor’s annual partner conference - demonstrates Dicker Data’s ability to be “agile” in an increasingly competitive channel market.

“We continue to transform quickly with Cisco as we understand the vision and strategy behind the vendor,” he said. “Cisco is undergoing a huge transformation in the market as they move into software and services in the mid-market and this requires breaking a lot of perceptions in the channel.

“They have been viewed as an enterprise vendor and while that is still the case, they have diversified into software, security and collaboration. At Dicker Data, over 20 per cent of our Cisco revenue is now through software.”