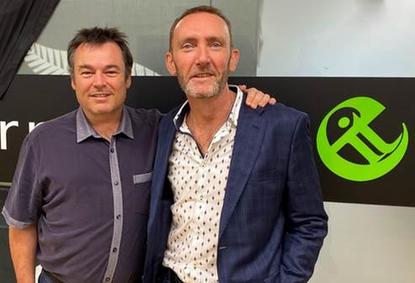 The buyout marks Servian’s first major entry into the New Zealand market and expects the acquisition to broaden both companies' service offerings, especially in cloud computing, data and artificial intelligence.

Founded in 2005 as an Oracle specialist, Auckland-based Enterprise IT now provides managed IT services to a variety of top-tier organisations in New Zealand and overseas, particularly airlines and government agencies.

It also offers specialist capability in areas such as cloud technology, data and analytics and application integration.

During the 2019 financial year the company inked a $1.8 million five year contract to develop a data catalogue for the Ministry of Social Development and has also worked on cloud migration and analysis at Inland Revenue, records show.

It currently works with dozens of billion-dollar companies in Australia and announced its first acquisition - automation and DevOps company Vibrato - earlier this year.

With 40 people in consulting and 70 in managed services at Enterprise IT, the deal will take Servian’s headcount to about 530 – a number that is expected to grow as the company beefs up its consultancy expertise.

Enterprise IT founder and CEO Stuart Speers joins Servian as national managing partner in New Zealand and continues to lead operations there.

Part of his mandate will include looking for complementary acquisitions in New Zealand to expand the group’s local capabilities.

“Our teams are still proudly specialist, but we now have a broader offering,” Speers said.

“We’ve been approached several times over the years by both local and multinational organisations, but it never felt quite right."

Servian was among those showing interest.

“This time, the timing and alignment couldn’t have been better, especially since we were already looking at possible acquisition strategies.”

Nicol said an important shared value between the two companies was a focus on growth and learning.

“One of the things I admire about Stuart is his equal focus on his people alongside his customers, and his honesty and transparency with both these groups,” he said.

Speers said the deal was a win for their customers as well as their employees.

“Technically this is an acquisition, but we really see it as a merger, given how well our values and priorities align. A key deciding factor was how many new, cross-market opportunities this gives our teams too," he said.

Servian is also moving toward broader expansion overseas with plans for a satellite office in the UK before the end of the year, and an eye on Asia as well.

"We’re Google’s biggest cloud services partner in the region and we’re confident these relationships will generate work across these markets."

Enterprise IT will retain its current branding initially but may shift to Servian longer term, Speers said.