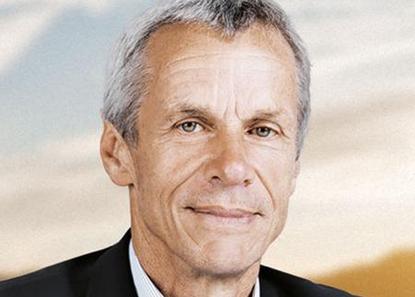 Strange said that while the Ultrafast Broadband project was nearing completion, there were a number of other large New Zealand infrastructure projects that had to get underway in the coming years.

Recent Treasury figures indicated that some $130 billion needed to be invested over the next 10 years to get New Zealand’s infrastructure up to scratch, he said.

"At least part of that funding will need to be raised from private investors, not unlike the Chorus model ," he said.

"So New Zealand’s attractiveness to investors both locally and, most importantly, internationally will underpin the country’s ability to deliver this unprecedented infrastructure programme."

A key signal to potential investors about the risks of investment in New Zealand infrastructure emerge from the Commerce Commission’s implementation of the regime to govern the new fibre broadband network built by Chorus.

"These international investors, including many of our current shareholders, are watching the Chorus regulatory process very closely," Strange said.

"If they sense that they are not going to get a fair return for the multi-billion dollar investment they made, a return that reflects the considerable risk they took and the long period they have waited for a return, this will be the last investment they and their investment community will make in New Zealand infrastructure - they have choices about where they put their money, and we are competing with other nations for it."

Strange said Chorus would continue to work with the Commission to allow them to reach the "right solutions in as timely and thorough manner as possible".

Another challenge, he said, was communicating offerings in a way that customers want and understand.

"Put simply, too often we still see big promises made and experience that doesn’t quite measure up. We’ve also seen examples of people being sold broadband services that they didn’t really understand."

New Zealanders were already wary of telecommunications – with low levels of trust and lots of complaints at retail service provider (RSP) level.

"We all have to do better, and take the long term health of the whole sector into account through much greater customer focus," Strange said.

"Chorus will do our part, ensuring we provide easily understandable and trustworthy information about our products that allow customers to make clear and realistic comparisons.

"We hope others will do the same - and will not hesitate to call out instances where this is not happening,
something we have been reluctant to do up to now."

Departing CEO Kate McKenzie said fibre adoption was surging with  53,000 fibre installations completed in the three months to the end of September – Chorus' most ever. Customer satisfaction had also improved, she added.

"That has been held back by some variability between retailers, and scores are higher again where customers are part of our fibre-in-a-day process."

During the financial year ended 30 June, Chorus achieved a net profit of $53 million and EBITDA of $636 million, in line with guidance.