What will the IT industry look like in 2020 and beyond? 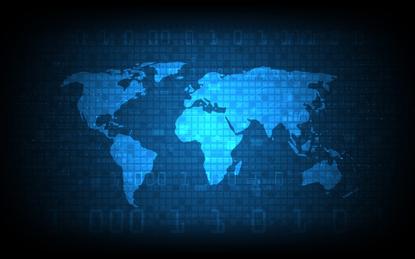 A report by International Data Corporation (IDC) has revealed its top 10 future global IT industry predictions from 2020 onward.

According to forecasts outlined in IDC's IDC FutureScape: Worldwide IT Industry 2020 Predictions report, over half the global economy will turn digital by 2023. As a result, Frank Gens, senior vice president and chief analyst at IDC said “a new species of enterprise will be required to compete and thrive".

“Our 2020 predictions show that enterprises will prepare for the digitised economy by accelerating investments in key technologies and new operating models to become hyperspeed, hyperscaled, and hyperconnected organisations," Gens said.

A statement by IDC claimed the resulting impact on enterprise is likely to be “enormous”, as businesses unable to function in the digital section of the economy will miss out in core markets.

The top 10 global IT industry predictions, according to IDC’s FutureScape report, are:

More than half of all spending towards ICT is expected to go towards digital transformation and innovation by 2023. In comparison, this spending was at 27 per cent in 2018, and is growing at a compound annual rate of 17 per cent.

With innovation spending continuing to rise, enterprises are predicted to look to save money with less labour and capital-intensive models, such as cloud technologies.

By 2022, 70 per cent of enterprises are expected to integrate public and private clouds through the deployment of unified hybrid/multicloud management technologies, tools and processes to meet greater demand for the integration of applications, data and management over multiple cloud providers and locations.

Over half of new enterprise infrastructure deployment has been forecast to focus on the edge, rather than corporate data centres by 2023. In comparison, there are less than 10 per cent of enterprises deploying at the edge.

Further, 2024 is expected to see the number of apps at the edge increase by 800 per cent.

By 2023, IDC predicted over 500 million digital apps and services will be developed and deployed, which the report claims is the same number of apps developed over the last 40 years. It is also expected most of these apps will be for industry-specific digital transformation use cases.

Over half of user interface interactions have been predicted to use AI-enabled computer vision, speech,  natural language processing, and artificial reality and virtual reality by 2024.

Jumping ahead one year later to 2025, at least 90 per cent of new enterprise apps are expected to utilise artificial intelligence (AI) to make apps “smarter”, while 10 per cent of these have been forecast to be “disruptive AI-led applications” which will reach mainstream adoption, the report claims.

"It's hard to overstate the importance and the impact that artificial intelligence will have on enterprises' ability to create new products and services, new customer experiences, and new ways of operating in the coming decades," Gens added.

Trust is expected to be viewed as “fundamental” to enterprise operations, and half of the Global 2000 will appoint a chief trust officer by 2023, who will be responsible for trust associated with security, risk, compliance, privacy and ethical business operations.

Enterprises looking for revenue growth will need to branch out into other industries, as the report claimed by 2025, 20 per cent of revenue growth will come from “white space” offerings, combining digital services from industries that not been linked before. Additionally, one fifth of partners are also predicted to come from previously un-linked industries.

The companies responsible for the top five public cloud megaplatforms are expected to make up at least 75 per cent of the infrastructure as a service and platform-as-a-service (PaaS) by 2023, and the number of software-as-a-service (SaaS) vendors turning into platforms is predicted to “dramatically expand” also by this time.

Concurrently, the top 10 SaaS vendors are expected to make nearly 20 per cent revenue from growing their PaaS services. The report claims this point is noteworthy, as SaaS providers are expected to be key sources for the development and deployment of software by enterprises.