Fill up your tank in Timaru and use it in Christchurch 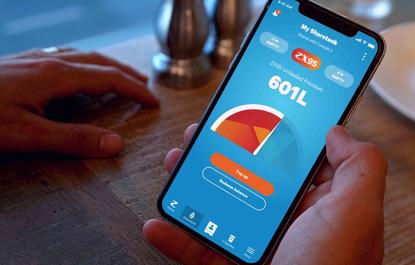 Z Energy has launched a virtual fuel tank called "Sharetank" today that it says will radically transform the way Kiwis buy and use fuel.

In what could be a world first, Sharetank is in pilot with Z taking customer feedback to evolve and improve the offering following launch.

Through the Z App, customers can use Sharetank to review and lock in the best Z fuel price within a 30km radius to purchase their without the need to drive around searching for the best price.

They don't even have to be in their car or at the pumps, purchasing from anywhere, using at Z Fastlane or in one of the stations.

Customers can then lock it in their Sharetank to use when they want. For example, they could fill up their tank in Timaru and use it in Christchurch.

Sharetank, which has come out of Z’s "Innovation Refinery", was created by Z and two of its technology partners: Triquestra and Rush Digital.

Z uses Triquestra’s Infinity unified commerce platform to manage its retail systems, including point-of-sale. The Sharetank functionality is an enhancement to that platform, accessed via a front-end mobile app developed by Rush Digital.

The app uses Infinity APIs so that customers can easily access Sharetank’s functionality in Infinityth, for example, the ability to create an account, top up or redeem the Sharetank litres.

The name is apt because the Sharetank can be shared between couples, families or small business owners with a few vehicles in their fleet.

Customers can purchase up to 1,000 litres at a time at their chosen price. Regional fuel taxes, where applicable, will still be paid by Z.

Z’s chief innovation officer, Scott K Bishop, said until now Kiwis have largely had to accept the current price of fuel and were limited to when they could buy it by the room in their tank.

“We know customers get frustrated when they fill up and the next day their local service station’s fuel price drops because of changes in the exchange rate, costs or local competition," he said.

"Sharetank lets customers choose to buy fuel when the price is right for them. It’s great for budgeting.

“Sharetank really is a win-win for our customers. If the pump price goes up after they’ve bought Sharetank litres, customers save as they’ve already locked in cheaper litres. If it goes down, customers will be alerted when they go to fill up and can choose to save their Sharetank litres for another day."

Z’s chief customer officer, Jane Anthony, said users can choose to share access to their tank with up to five friends, whānau, people in the community or employees.

“In the past there hasn’t been an easy way to share fuel," she said. "With Sharetank you could bring family home for the holidays, send the kids off to Uni, pay for your apprentice’s fuel, share sports team travel costs or split fuel costs between flatmates who share a car, to name a few."