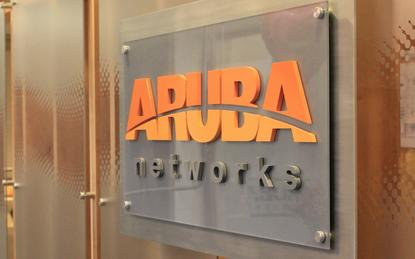 Aruba has expanded its switch portfolio to include new software and switches that bring the company’s automation and software intelligence to campus networks.

The Hewlett Packard Enterprise (HPE) company is offering up a new release of its switch software – AOS-CX 10.4 – and the Aruba stackable CX 6300 and modular CX 6400 Series switches.

AOS-CX is the network operating system software that Aruba introduced with its first core switch – the 19.2Tb/sec 8400 programmable, modular campus core and aggregation switch in 2017.

Aruba describes AOS-CX as a cloud-native, programmable software package that can  automate and simplify many critical and complex network functions such as end-to-end network monitoring, troubleshooting, network performance and security-related issues.

The new version of AOS-CX extends the system to the new switches and includes over 140 access features, including a new one called dynamic segmentation that provides secure, unified policy across wired and wireless networks down to every user and IoT device, said Michael Dickman, vice president of Product Line Management at HPE Aruba.

It also now includes support for Ethernet VPN (EVPN) over VxLAN for secure connectivity from enterprises to data centres and support for Virtual Switching Extension (VSX) live upgrades that keeps the system up during maintenance-cycle downtime, as well as power over Ethernet (POE) to improve uptime, Dickman said.

“First, its distributed, non-blocking architecture supports collapsed 1-tier and 2-tier architectures without the threat of oversubscription," wrote researchers at Moor Insights & Strategy about the new release.

"Second, it provides exceptional investment protection for future needs. Case in point, Aruba CX scales to support multi-device access up to 28TB on the same platform, and its fully extensible fabric design allows enterprises to flex their bandwidth needs.”

The company also rolled out  a new version of its switch configuration software, NetEdit 2.0 that ties into Aruba’s Network Analytics Engine which is part of the AOS-CX and keeps track of data from CX-OS networked devices, applications and security activities to help IT quickly discover and fix the root cause of problems.

On the hardware side, the Aruba CX 6300 Series is a family of stackable switches that supports 10/25/50Gbps uplinks. The Aruba CX 6400 Series modular switches include a 5-slot and a 10-slot chassis with a non-blocking fabric that scales from gigabit POE access to a 100Gbps core.

The expansion of its product line with a common operating system is key to the company competing against the likes of Arista, Cisco, Juniper and others.

“Building on the success of the 8400 it is a natural and necessary progression for Aruba to fill out this portfolio with access and aggregation switches,” said Rohit Mehra, vice president of Network Infrastructure at IDC.

The knock against HPE/Aruba has been its variety of network software for its data center products, which can cause confusion, Gartner said in its Magic Quadrant for Data Center Networking report in July.

Gartner wrote that  the “company’s data center portfolio includes FlexFabric and Plexxi which have different codebases and management platforms, which limits deep integration and investment protection across its portfolio.”

FlexFabric products offer a single network architecture for the data center, campus and branch offices. When it bought Plexxi in 2018, HPE said it would integrate Plexxi technology into its hyperconverged offering, which is in part the technology HPE got from buying SimpliVity for $650 million last year.

For its part Aruba said it sees little confusion.

“Our go-forward product strategy is to standardise on the AOS-CX operating system, which is why we’ve put so much focus and R&D on its development in order to deliver a common, unified switching platform from the enterprise edge to the data centre... Plexxi is now the HPE Composable Fabric, a software-driven, automated, and workload intent-based network fabric that is used for the HPE Simplivity hyperconverged platform, and is complementary to the Aruba CX switching portfolio.”

The software and switches are the underpinning for future Aruba data center and campus plans.

The company said its HPE FlexFabric switch family, based on the Comware OS, is independent, and that Aruba will continue to support it for installed-base customers.

“The role of the network has changed from being purely a conduit from Point A to Point B to now providing intelligence that provides true application and business value right at the point where the data is born. That is why we see the emergence of intelligent edge, a very, very big opportunity for us and really the next evolution of the architecture of the enterprise itself,” said Keerti Melkote, HPE's President, Intelligent Edge in a recent interview with Network World.

"The intelligent-edge vision that we have in this edge-to-cloud framework will include a data centre capability that we will  call a micro data center that will be deployed at that point where the data gets created."