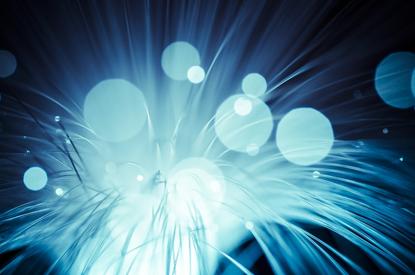 A fibre adoption surge has put NZ in second place globally, according to IDC.

Fibre adoption in New Zealand grew by a third year-on-year in 2019, with 44 per cent of consumers now primarily accessing the internet that way.

New Zealand’s adoption rate is also now more than double the average worldwide rate of 20 per cent, second only to Japan, according to analyst firm IDC’s ConsumerScape 360 Survey.

Despite the worldwide average remaining the same as it was in 2018, consumer adoption in New Zealand moved from 33 per cent to 44 per cent.

More consumers than the worldwide average adopted video and audio streaming and cloud storage services with fibre users especially likely to pay for these.

Richard Xu, associate market analyst at IDC, says this high adoption suggests that the average New Zealand consumer is placing more value in the quality of their internet connections.

The Government's objective through its fibre and wireless rollouts is to bring improved broadband to 99.8 per cent of New Zealand's population by 2023.

With 78 per cent of New Zealanders now with access to Ultrafast Broadband, the first stage of the build is close to completion. Local fibre company Chorus on track to finish its portion before the end of the year.

“Fibre is by far the fastest type of residential internet connection in New Zealand at the moment, but mobile tethering and fixed wireless are viable alternatives," Xu said.

"With Spark and Vodafone launching 5G networks in 2019, IDC expects to see these retailers start to offer faster fixed wireless broadband and mobile data plans in urban areas as the speed and capacity on their networks improve."

Improved mobile connectivity will better equip consumers to adopt smarter devices and potentially have less reliance on a fixed connection, he said, enabling activities such as remote working.

This poses a challenge to traditional network cable wholesalers which will need to clearly define the strengths of their established products or develop new innovative products to meet customer demand.