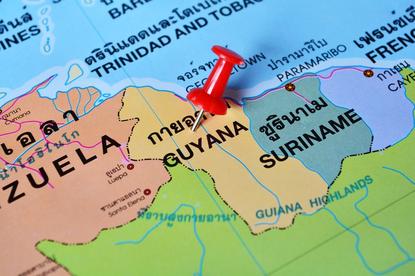 Wellington-based technology company DataTorque has followed up successes in the Bahamas, Barbados and Haiti, winning a deal to modernise the tax system in Guyana.

DataTorque’s tax system will replace the GRA’s current system and allow it to automate its tax administration.

“DataTorque is proud to be able to assist in the GRA’s process of public tax reform and modernisation,” said Bill Chatwin, managing director of DataTorque.

“Our system will make it easier for the GRA to expand its tax base, particularly with an expanding oil and gas industry.

"It will enable GRA to provide greater online self-service options to taxpayers and greater surety around their tax obligations."

The GRA’s tax reform goals include promoting compliance through education and delivering quality services with responsible enforcement programmes for the economic well-being of the people of Guyana.

DataTorque, a Microsoft gold partner, was founded in 1994 and develops taxation, customs and transport systems used by governments in Africa, The Americas, Europe and the Pacific to collect billions of dollars of revenue.

Last year it won its first European business in a deal with Jersey Taxes Office.