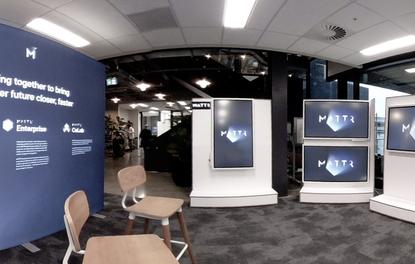 Spark's MATTR subsidiary has launched an incubator called the MATTR CoLab to accelerate the development of decentralised identity technologies and solutions.

The CoLab is already hosting a collaboration with the Department of Internal Affairs (DIA) and the Companies Office on a design experiment that allows businesses to use digital credentials to establish and audit trust when interacting online.

MATTR, which was established in February, said it welcomes other parties interested in collaborating to get in touch.

Based at MATTR's headquarters in Auckland, the MATTR CoLab is a space for participants to collaborate on specific, high priority use cases required to establish a decentralised identity information ecosystem, the company said today.

Organisations from both the private and public sectors will work with MATTR to develop proof of concepts (both technical and non-technical) that solve real world problems that stem from the need for robust digital identity.

MATTR's Tobias Looker last month said we are at a critical point in the evolution of the internet where significant problems like digital identity can be solved in a way that is enduring and sustainable.

"Despite all the advances in technology, authentication and verification on the internet still remains difficult," he said in an interview.

"Not only is it a poor user experience, but it is having increasingly harmful consequences – for example the rise in data breaches, identity theft, and other improper uses of personal data.

"These are big problems, and if solved they will have a meaningful impact on society. Collaborating on solutions for these problems within a global community is incredibly motivating."

Decentralised identity aims to create an environment where people, organisations and things can prove things about themselves over the internet in a way that preserves privacy.

This approach facilitates data minimisation which protects the rights of individuals and minimises risks for the organisations they interact with.

DIA and the Companies Office, which is part of Ministry of Business, Innovation and Employment, are working with MATTR on a design experiment, called the Verifiable Organisations Network. The collaboration will contribute to work already underway in the DIA's digital identity transition programme.

Incubator participants will get early access to MATTR software assets and demonstration capabilities to build their own proof of concepts and value.

Participants can use the shared space for education around emerging standards, validation of use cases, and insights into business and technical operating models.

MATTR said it was committed to open source development and interoperability. It said it was an active contributor to a range of organisations and forums in the online identity space -- including the W3C (World Wide Web Consortium), Hyperledger, Decentralized Identity Foundation (DIF) and Sovrin communities.

MATTR is also an active participant in Digital Identity New Zealand (DINZ), as an executive council member and  chair of the design working group.