Vodafone NZ on track to save $91M, move towards as-a-service IT 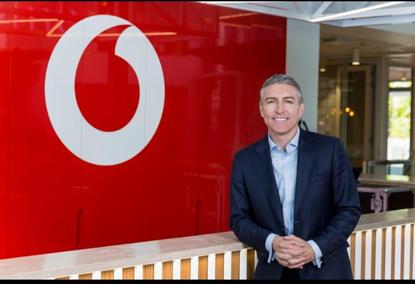 Newly independent telco Vodafone NZ is on track to realise $91 million in costs savings, it told investors today as it outlined plans for transformation.

In a presentation delivered to investors in Sydney, the company said it was industry change that could create new opportunities for players looking at ways to grow returns in the capital intensive business.

Vodafone NZ said it was aiming to show leadership around sensible network sharing "where the economics make sense", while the arrival of 5G provided opportunity to review network strategies across
the industry.

However, the company's three biggest challenges were  that it lagged in digitisation and simplification due to complex legacy IT systems that needed to be migrated.

To address that, Vodafone intended to move towards a new "greenfield" stack with simplified products and to explore cloud/ SaaS native solutions.

At the same time it would be decoupling its front and back-end through introducing an agility layer and focusing in-house development efforts on front-end differentiation.

It would also be validating the pros and cons of different migration scenarios.

While legacy IT systems were posing painful challenges, Vodafone said it had a new operating model in place and a "capability step-change underway".

The company was on track to deliver $91 million in gross cost savings and was  achieving a 10 per cent year-on-year call volume reduction with 70 per cent of queries solved first time.

Separately to today's investor briefing, the telco also launched its first X Squad for tackling difficult customer issues, with a team of 12 people based in Auckland.

Once customers get transferred to the X Squad, they would receive dedicated case management all the way through to a fix, he said.

Vodafone told investors its channels have expanded with Noel Leeming poised to significantly improve mobile performance and the in home technology experience.

A new prepaid brand to target the price segment, Kogan, was recently launched as well.

Vodafone said it had a healthy deal pipeline for business and enterprise and "best-in-class" partnerships in cloud with both AWS and Azure.

It planned to target investment into cloud, security, Vodafone TV, IoT and procurement while internally capex was expected to increase significantly (see chart) as opex savings were achieved.

The company was pinning its hopes on customer brand reconsideration on 5G leadership, it said, while fixed wireless access was being scaled.

With its "owners mind-set developing", Vodafone NZ waned to optimise the balance between revenue/share and margin and develop a stronger focus on execution.

Transformation director Matt Crockett said substantial, 20 per cent-plus cost reduction could be achieved through a "holistic" transformation approach, however, you couldn't "cost-cut your way to greatness".

Mindsets and behaviours mattered while leadership was critical, he said.

Vodafone NZ would partner for expertise, market scale, significant investments and thought leadership, she said, while value-added procurement services would be "attached to all deals".

There had been strong uptake of early offerings and a solid pipeline of new cloud products and services were set to be released in market in the near term.