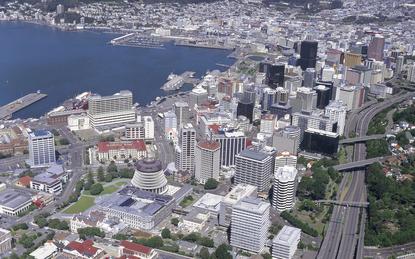 Greater Wellington Regional Council is once again on the hunt for new enterprise software.

Greater Wellington Regional Council is going back to market after its first effort to replace SAP as its core enterprise software appeared to have failed.

More than a year after Dutch software company Unit4 announced it had won a bid replace SAP as the council's core software system, Greater Wellington Regional Council (GWRC) is again looking at its software options.

Unit4's Business World software was to service core functions such as finance while Accela was to deliver asset management in a project dubbed Optimus.

Implementation was to be delivered by Sydney-based partner Agilyx, which also has offices in New Zealand.

Entries in the council's risk register for August tell the story.

The specific risk is described as being that the Optimus project delivers a "nonintegrated solution leading to a poor performing system from a technical performance and a user perspective".

"The proposed integrated product solution is no longer being considered for replacement of GWRC's finance and asset management systems," a registry entry said.

"The first phase of the Optimus programme was aimed at refining GWRC’s requirements; gaining a better understanding of the risks, issues, complexities and costs associated with replacing the existing core system; and making an informed decision as to the best way forward."

However, at the completion of that phase GWRC decided that it would not to proceed further in the form envisaged.

"Once the new product is selected for review we will consider the specific risk concerning integration of core functions if the product is not a single ERP application."

A similar entry was made for the payroll system replacement part of the project.

As a result of the decision not to proceed, $3 million of spending was expensed rather than being added to the council's software assets while a further $7 million was noted as underspent.

"Project costs are required to be treated as opex given the decision not to continue with the solution initially envisaged," an entry in the council report said.

GWRC told Reseller News in a statement the first phase of its SAP replacement (SAP) programme, Optimus, had been completed.

“Greater Wellington entered into a contract with Agilyx for this initial phase, based on a UBW/Accela solution, which was aimed at refining Greater Wellington’s requirements; gaining a better understanding of the risks, issues, complexities and costs associated with replacing SAP," it said.

“The initial phase has put Greater Wellington in a position to make an informed decision as to the best way forward.

“GWRC would like to thank Agilyx and Accela for working with it throughout this foundation phase.”

GWRC later added: “We confirm that we have completed the contract with Agilyx and Accela.  We are in the process of investigating our future ERP software platform requirements and therefore will not be making any further comments at this stage.”

Optimus has been around since at least mid 2016. The project was delayed first by the Kaikoura earthquakes and then by extended due diligence and other priorities arising within the council.

GWRC is a territorial authority covering the areas south of and including the Kapiti and Masterton districts in the North Island.