Stores the next target in $90M Farmlands transformation 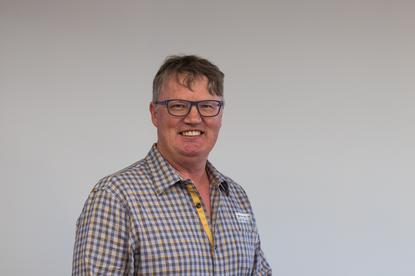 Farm supplies cooperative Farmlands has chalked up a milestone in its $90 million transformation programme, dubbed Braveheart, with the roll-out of "Deployment 5".

The latest phase involved consolidating various computer systems into a "world-leading" system that provides the cooperative with an improved platform to service shareholders, Reidie wrote in a note in the company's Farmlander shareholder magazine.

The Microsoft Dynamics 365-based software transformation is being pushed further over the next few months, out into the 82-store retail network, which received new point of sale gear earlier this year.

Chief executive Peter Reidie described the successful go-live of Deployment 5 of Braveheart over the past month as a "significant milestone in the history of our co-operative".

"Technology is only one part of Braveheart – it has always been a business transformation for our people," Reidie wrote.

"You first would have seen these changes with our uniform. There have been numerous changes behind the scenes to provide our people with a clear direction and strategy to provide an improved level of service to you.

"The technology is simply the tools they will use to provide that service."

As reported last year, the three-year, $90 million technology investment was ranked by Microsoft as one of its top five projects globally in terms of complexity.

Reidie wrote he had been  encouraged by the level of feedback received from shareholders – "both positive and negative".

One piece that resonated, he wrote, was the question: "Why spend shareholder money on new systems?"

He responded that the Farmlands business was not unlike farming itself in that farmers also want to get optimal performance from the tools they use every day.

"If your tools need updating, or they are so far past their prime they make the job either harder or longer, what
do you do? You update or upgrade, so you can see improved production and performance."

"We still have a little way to go but for now, we celebrate the success of this achievement," Reidie wrote.

Total business benefits from Braveheart were estimated in 2017 at $112 million over five, including savings in legacy system costs of $28 million.