Global PC market grows, but not for long 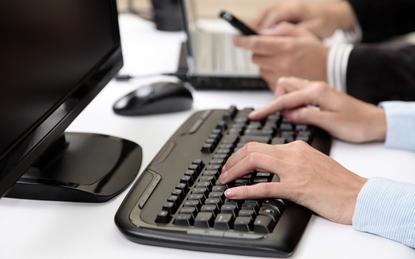 The global PC market grew by 4.7 per cent over the third quarter of 2019, shifting 70.9 million units, according to research firm Canalys, but a drop-off is expected in 2020.

This result was the highest level of growth since Q1 2012, the research firm claimed.

These figures for Lenovo and HP, according to Rushabh Doshi, research director of Canalys’ Mobility services, are the vendors’ best Q3 performance ever.

The growth in demand was attributed to the main factors of Windows 10 upgrades and an increase of seasonal inventory stock for the holiday period.

However, this growth is only short-term, Canalys research claimed, with a drop-off expected as early as Q1 2020.

“The PC market high is refreshing. However, there is a limit to how quickly leading vendors can ramp production,” said Doshi.

“Intel remains a key bottleneck, with pressure on its 14nm CPU supply not likely to see improvement until Q1 2020. However, the Intel CPU shortage provided leading PC vendors an advantage over smaller rivals.

“Going forward, leading vendors will have an opportunity to further consolidate the market and squeeze smaller vendors’ market share, if the Intel supply is not able to satisfy the spike in orders.”

Additionally, global macroeconomic conditions were forecast by the research to impact PC vendors and channels, such as US tariffs coming into effect on 15 December affecting US$37 billion worth of notebooks and tablets made in China.

Before the deadline hits, PC vendors are increasing production orders with shipments up 3 per cent year-on-year and channel partners are stocking up, which is having a beneficial impact on the PC supply chain that is expected to continue through to Q4 2019.

Japan was highlighted as a stand-out market for growth by Canalys due to the deadline for Windows 7 coming to a close, a need for more IT infrastructure ahead of the Tokyo Olympics in 2020 and the country’s consumption tax increasing to 10 per cent in October 2019.

Europe, the Middle East and Africa trailed behind the global growth, rising only 2 per cent in the region, which Canalys research attributed to Europe’s uncertainty and outcome of Brexit causing concerns about long-term investments.

Meanwhile, research from Gartner shows Australia's PC market is expected to decline in 2019 and Telsyte has anticipated 2-in-1 devices will see growth in 2019 as the tablet market shrinks overall.