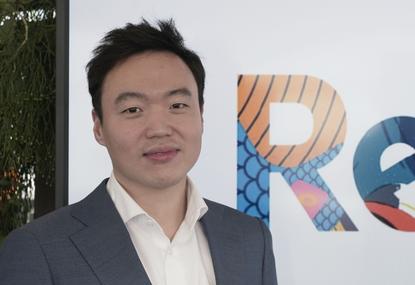 Chinese mobile phone company Oppo is making strides in the New Zealand market as it mines its heritage in consumer electronics.

Before Oppo made phones, it was best known as a manufacturer of Blue Ray DVD players and that gives it a different lens on how to both develop and sell products, country manager Kevin Cho told Reseller News.

Oppo, which launched into New Zealand in March 2017, has appeared on the market share radar for the last two quarters at least.

Cho attributes that, in large part, to the company's embrace of "glocal", being global but acting local. There is an ongoing investment to localise Oppo as "challenger brand", he said.

Oppo's own sales numbers show sales grew by 50 per cent year on year to the second quarter of 2019.

Numbers from independent market tracker GFK are also close to this, recording 60 per cent year-on-year growth.

Cho said Oppo is a "values driven company" and uses that to govern everything it does. Core values are doing the right thing, customer centricity, the pursuit of excellence and being results oriented.

However, localising the brand was the "secret sauce". While "glocal" is a bit of a buzzword, the local team is deeply embedded in the market implementing global strategy and ensuring it fits with local customers.

The global brand has its own DNA, assets and guidelines around portrayal, but the local team can assess all of that to understand what that means locally  and to address local consumer demand and gaps in the market.

Oppo has selected four brand pillars to guide its local go-to-market, all connected to photography and appealing to the 18 to 35 age group. The four pillars locally are fashion, sports, music and travel – in short, lifestyle.

"These are the things that hold kiwis together," Cho said.

The company is also creating a community of super users and influencers who are passionate about travel and capturing every detail of their journeys.

Oppo likes to have its supply chain in its own hands, so it fulfills directly, without a distributor, though it does use an exclusive third party logistics provider for shipping.

Opportunities to add value, such as fulfilment, are kept under its own remit. That extends to customising product based on an operator's needs.

Cho described that as a "business model by default”.

“We believe in order to deliver the best end-to-end experience, all the way from logistics to the end consumer, it’s best that we control the entire process," he said.

For same reason it has created its own low-key customer service centre in Auckland for phone fast service and repairs.

That said, Oppo is ahead of return-rate benchmarks. Cho said the global benchmark for return rates is around  per cent, Oppo globally is at 1 per cent and in New Zealand at 0.6 per cent.

Having it own local after-sales centre helps the company to track that.

Those claims were backed in part by a local report from Consumer, in which Oppo was included for the first time, that rated its products as best brand for reliability and value.

At retail, Oppo features in almost the entirety of the channel – at Noel Leeming, JB Hifi, The Warehouse and PBTech. Harvey Norman and Mighty Ape were due to be added this month.

Of course, 5G is the next big thing. In Australia, the company is using the line "Think 5G, Think Oppo” as part of its positioning.

“5G is one of the most important strategic pillars for us as a brand," Cho said.

The elephant in the room for all Chinese technology companies though is uncertainty created by the ongoing trade war with the US.

Cho was unable to comment on that except to says Oppo had strong strategic partnerships with the likes of chip maker Qualcomm and "definitely" has enough sustainable supply.

Relief, if not certainty, in that area may also be at hand with reports this week that 130 US firms had applied for licenses to keep supplying Huawei with "non-sensitive" goods – and that many of these applications were likely to be granted.