Expansion continues as Focus Technology buys in the south 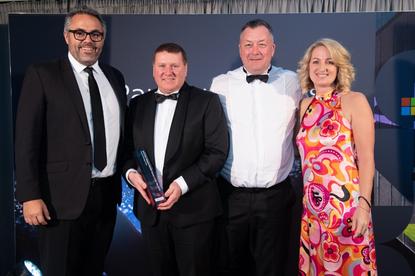 The company says it is now the largest IT support provider in the South Island for mid-sized businesses after buying the IT division of Deloitte Dunedin in July as well as solutions provider Techbox in August.

“Since 1994, Focus has evolved from a small startup into a multi-faceted, region-wide organisation,” Sinclair said.

The company was established in 1994 from the IT department of an Invercargill accounting firm. It boasts partnerships or certifications with Microsoft, IBM, MYOB, Lenovo, Fortinet and VMware among others.

The purchases have meant Focus had significantly increased its staffing levels in Dunedin and doubled them in Timaru.

Focus Dunedin has consolidated both businesses to new premises on located in Cargill House in Princes Street.

“Dunedin’s business community has grown significantly in the last few years, so the timing was right for us to open a new office in the city,” Sinclair said.

Deloitte Partner Keith McArley said Focus was the company’s first choice when considering who to sell the Dunedin-based IT division to.