Introduces the Women's Leadership Network in Australia and New Zealand 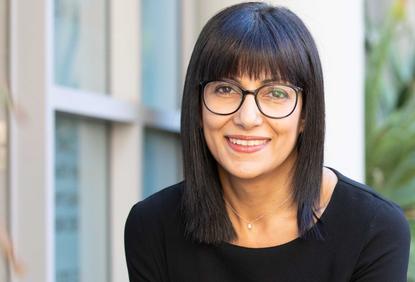 HPE has launched its Women's Leadership Network in Australia to help support and encourage women.

"What we're trying to do is really focused on women's leadership, specifically on building leadership skills, and how we can engage them, empower them and inspire them to participate in programs," HPE South Pacific inside sales leader Renee Mitsis told ARN.

The program is built around three pillars: collaborate, contribute and connect.

Mitsis explained that collaborate is about how women can work together to support each other and empower women into leadership.

When it comes to contribute, Mitsis explained there is a history of volunteering in HPE and that now forms a big part of the company's culture.

"We have a global day with a lot of initiatives around volunteering time that people can take out of work to participate in activities that they want to, to give back into the community. So we wanted to bring that into this network," she explained.

She added that the women participating have chosen the charities that they want to work with, for example, those around women's initiatives, helping the underprivileged and young girls among others.

Collaborate is about building the leadership's skills around networking.

The initiative started internally to help HPE female staff progress in their careers. However, the company has opened this to its partner community.

"We know that there are partners within our community that may not have a large global organisation behind them and they may not have their own Women's Network. So our Women's Network is open to our partner community to get involved as well. Because we really want to leverage each other for innovative thinking, inspiration and support," Mitsis said.

There are no pre-requisites to join the network and, and although HPE globally has different networks, this one is just focused in Australia and New Zealand.

Some of the activities that have taken place include having a female leader speak to the HPE team about her journey within the business. There is also an initiative to help build a personal brand, which will be in the form of a webinar that is accessible to people outside the organisation.

"We want to create a diverse pipeline of top management and to do that we do need more female leaders to step up. And we've prioritised this through some of the programs that we have like mentorship, special projects that the team can get involved in," Mitsis told ARN.

"The one message that we have is to encourage people to participate; talk to their managers about their interests and get feedback."

“I’m very proud of our HPE team in Australia and New Zealand for their contribution to the 2019 Global Day of Service”, said Rob James, South Pacific Field HR Lead at Hewlett Packard Enterprise.

“Our employees have been empowered to go out and find causes they care about and strengthened relationships with the local community in Australia. We have gained a great sense of teamwork and pride in the process and once again shown the strong commitment of HPE to Australia.”