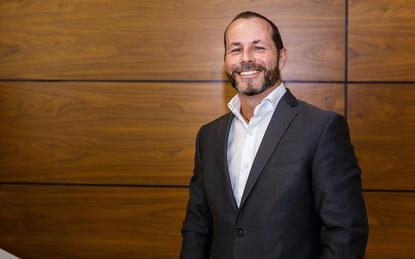 2degrees was the biggest gainer in the fixed broadband market in the year to June 2019 – with a 25 per cent increase up from 0.6 per cent in 2018, according to IDC.

However, numbers received from IDC show other "non-telco" providers such as Trustpower also made gains. Trustpower moved from 5 per cent market share to 5.4 per cent during the year.

"The rollout of UFB has served to further reduce barriers to entry as fibre services are seen as relatively homogenous between providers.

"This has created an environment in which smaller providers can steal share in a market that was previously dominated by a few large incumbents."

2degrees was the fastest growing provider in each of the first two quarters of 2019, finding success with sharp pricing and by cross-selling broadband services to its large base of mobile subscribers, King said.

Spark has been actively pushing fixed wireless services on its own network as an alternative to UFB fibre.

While 2degrees was celebrating its 100,000 milestone, broadband would continue to be a key target for 2degrees in the 2020 financial year, Aue said.

“Customers know us best for our prepaid and pay monthly mobile offerings, and there’s absolutely no reason why our broadband can’t be as successful."

2degrees froze broadband prices during 2019 when some other telcos were raising theirs.

Shortly afterwards, the telco launched its own play in the content arena, offering customers Amazon Prime Video as part of its broadband offering.

“We’re seeing this translate in the numbers," Aue said. "This year alone we’ve seen our average acquisition rate increase by 39 per cent."

IDC's King said the content partnership with Amazon Prime added credibility to the 2degrees brand and created a point of differentiation from other providers.