Access to 5G services will initially be by invitation only 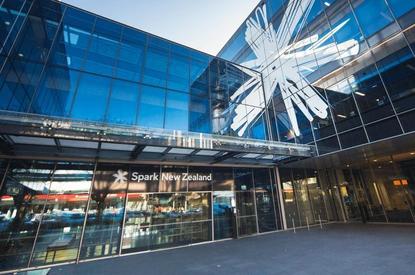 Spark has switched on New Zealand’s first 5G network, in Alexandra in Central Otago, and says it will roll out 5G in another five heartland NZ towns before Christmas, followed by other locations early next year.

However access to these 5G services will initially be by invitation only. The initial service is live in the offices of Xerra Earth Observation Institute, which uses data from satellites orbiting the earth to build identification, monitoring and reporting tools that provide insights to industry, business and government.

Spark’s technology director Max Beder said Alexandria had been chosen because it has one of the highest uptake rates in the country for Spark’s existing wireless broadband product.

“We believe that the first meaningful use-case for 5G will be increasing the capacity and speed of wireless broadband offerings,” he said.

“Spark continues to see 50 per cent year on year data growth on its network, so the improved data efficiency offered by 5G – through better use of available spectrum – is compelling.

Spark said the roll out was using the latest Nokia 5G radio equipment including a smart antenna system that would provide optimised capacity and coverage compared to 4G.

Xerra CEO Steve Cotter said poor connectivity had been one of the organisation’s biggest challenges.

“We work with large data sets and it used to take us up to four hours to download one image. Now, with 5G, we can do it in a matter of minutes. “This is the kind of connectivity required to run a world-class science research institute in regional New Zealand.”

Spark’s 5G network in Alexandra is using spectrum from the 2600MHz band, used in other parts of the country for 4G. Licences to some of this spectrum are held by Dense Air.

Computerworld reported in November 2018 that the UK based company had acquired 70MHz of spectrum in the band and planned to offer network extension services to existing NZ mobile operators using small cell technology. It is pursuing a similar strategy in Australia.

Beder said Spark was pleased to be able to deliver 5G over the 2600MHz band but its preference would always be C band (3500 MHz).

“We believe this will be the primary spectrum band for mass deployment of 5G. Acquiring enough C band spectrum is an important requirement for all wireless network operators,” he said.

Earlier this month Radio Spectrum Management called for  expressions of interest for a proposed short-term allocation of spectrum in the upper portion of the 3.5 GHz band (3590 MHz – 3800 MHz) saying it wished to directly engage with parties that have capability to deploy 5G services in the timeframe mid-2020 to October 2022.

In March 2019 the government announced plans to hold the first auction of 5G spectrum in the 3.5GHz band early in 2020 saying it expected the spectrum to be available for use from 2022.