The former Optus Business director was most recently at Arq Group 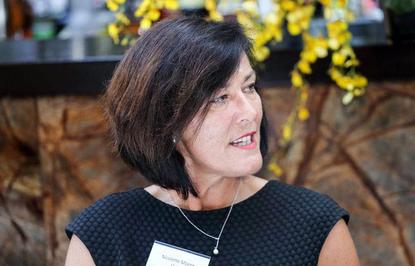 IT veteran Nicolette Moore has joined Nutanix to lead its inside sales division across Australia and New Zealand six months after leaving her last gig at Arq Group.

Moore first joined the hyper converged infrastructure vendor in August as head of inside sales, filling a similar role made vacant by Ted Tarpley in December last year.

As part of the role, Moore will work closely with Nutanix’s channel division, which is led in A/NZ by director Andrew Diamond.

“[The division] is a core function of our go-to-market and she is leading that team and building it up, and will hopefully expand that over time,” Diamond told ARN.

She then held the role of director of strategic alliances for more than three years, before being promoted to acting director of security. She exited the company six months later in April 2017.

In October that year, she joined Arq Group, then known as Melbourne IT, as executive director for customer solutions and enterprise services, but exited the business in February this year.

Before Optus Business and Alphawest, Moore was the New South Wales sales manager at Commander for three years and a business development manager at Infolink in New Zealand for two years.

“We’re very excited to have Nicolette on board,” Nutanix MD Jamie Humphrey told ARN. “The inside division supports both channel and sales. We look at it from multiple pathways across the business and inside sales is one of those heterogeneous functions that look after all those parts.”

Meanwhile, Tarpley, who also oversaw inside sales in Asia Pacific and Japan, joined UiPath as director of velocity sales across APAC in April.