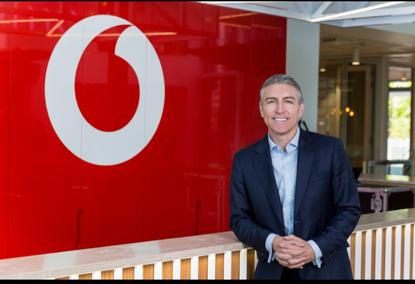 Vodafone New Zealand is creating a new $10 million team of customer service experts, called the X Squad as an alternative to automated service.

Sometimes customers still want to speak to a real person who understands their complex problem, takes care of it, and lets you know when it’s been fixed, the company said.

Vodafone said the complexity of its underlying systems, built up over many years, meant too many customers have had to contact Vodafone NZ multiple times, and when that happens, chat-bots and IVRs "won’t cut it".

Alongside initiatives such as X Squad, a long-term programme of migrating customers off legacy IT systems onto a single back-office IT stack continues, aiming to reduce system complexity and make it easier to understand and serve customers.

CEO Jason Paris said the X Squad was a "re-invention of the modern customer service model" and will significantly add to existing frontline call-centre and in-store teams.

"From October, customers with complex enquiries will be escalated to a dedicated team of multi-skilled experts empowered to deliver next-level care for the trickiest of problems," Paris said.

"With X Squad, you get dedicated case management, all the way through to a fix."

“As well as looking after the trickiest problems, they will actively monitor for issues and proactively contact customers if needed.

"They will search for any patterns that might be a systemic problem, and feed insights into other teams responsible for root cause fixes."

Our @vodafoneNZ service hasn’t been good enough for years & it’s time to act. From October, when you contact us with a complex tech issue, you’ll be helped by a new team of NZers who will fix your issue & keep you posted so you won’t need to contact us again. #serviceleadership https://t.co/4PCq7qw6MD

Paris described the effort as a new way of working that he believed would become a "benchmark for service excellence".

X Squad will kick this off in October and continue to scale up over the remainder of this calendar year.

"To get the new team established as quickly as possible, it will comprise selected and skilled New Zealand agents from Vodafone and our partners Tech Mahindra and Probe, based in Auckland or Christchurch.”

The X Squad will not use common call-centre metrics such as average handling time to measure success. It was all about teamwork, customer experience and a one-stop fix, Paris said.

It would also serve to lighten the load on existing call-centre teams across Auckland, Wellington and Christchurch and offshore.

“We’ve been making a lot of big moves since our recent ownership change, including the announcement of New Zealand’s 5G network to go live in December this year," Paris said.

"However, we also know network leadership counts for little if the customer service experience is poor. Customers are (rightly) increasingly demanding better service, whenever and wherever you want it, and we have to deliver."

The creation of the X Squad follows a recent trial of the concept in Christchurch.

“We also see this as a way to help address the future of work," Paris said.

"We know that in a more automated future, human judgement will become ever more valuable for dealing with complex scenarios.

"By adding a new expert case-management role to complement existing and traditional customer service roles, we are providing an exciting career development pathway for our customer service people with x-factor."

Earlier this year, Vodafone NZ consolidating its offshore call-centre partners and, with global partner Tech Mahindra, set up a new service centre of excellence in Christchurch alongside Vodafone service teams in Auckland, Wellington and Christchurch.

Paris said Vodafone would continue to invest in simplifying, digitising and automating customer journeys to help reduce the need to call us in the first place and give customers more self-service options.