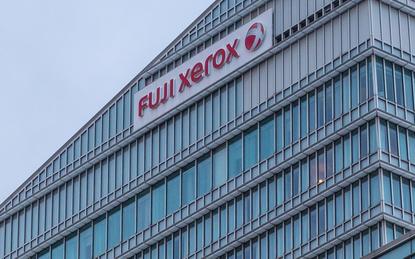 Fuji Xerox NZ has recorded a small profit in 2019.

Fuji Xerox NZ sales have fallen steadily since the company weathered a financial scandal in 2017, but it has also turned around into profit.

The company had been barred from participating in some government contracts and this partial ban applied for all of its 2019 financial year, before being lifted in April.

However, all other expense categories fell during the year -- distribution by $4 million, administration by $10.5 million, and restructuring expenses by $2.2 million.

Fuji Xerox NZ managing director Peter Thomas thanked his team for their efforts to get the company back in the black.

“We also thank our shareholder for their unwavering support and commitment to our turnaround plan, which has helped ensure our company can continue to deliver leading edge technology and printing solutions to customers right across New Zealand for years to come," he said.

A Serious Fraud Office investigation into the company was said to be still ongoing in February as a result of the scandal which included sales reporting irregularities in Australia and saw the company's Japan-based chairman and three senior executives resign in 2017.

The accounts also noted pending litigation action in relation to breach of contract that it said appeared unlikely to result in significant liability. That appears to refer to a dispute with Copy Solutions Exports Ltd in relation to a contract for the sale of second-hand printers.