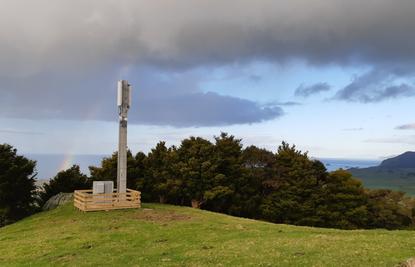 The network expansion was delivered by a joint venture between the three telcos called the Rural Connectivity Group (RCG).

Once completed, the RCG project will have delivered new mobile and wireless broadband coverage to at least 38,000 rural homes and businesses.

It will also provide mobile coverage to a further 1200 kilometres of state highways and provide connectivity to at least 152 top New Zealand tourist destinations by December 2022.

The connectivity was much needed to bridge the digital divide for rural communities and help the rural sector remain competitive, said Spark CEO Jolie Hodson.

"Bringing together the investment from Spark, Vodafone and 2degrees along with the Government’s expanded Rural Broadband Initiative (RBI2) funding has been the key to providing service into more challenging and remote areas of New Zealand," she said.

Vodafone CEO Jason Paris described the delivery of services as a "once in a generation opportunity" to provide competitive ultra-fast broadband, world class 4G mobile infrastructure and improve the safety of Kiwis living in remote areas.

The Rural Connectivity Group was appointed by the government to be the infrastructure provider to bring 4G mobile and wireless broadband coverage to rural New Zealand under the Rural Broadband Initiative 2 and the Mobile Black Spot fund in August 2017.

The project is funded by the government’s Telecommunications Development Levy, and an additional $75 million provided by the three mobile network operators.

Services have been expanded, from north to south, in the following locations: