Has led the company for the last five years 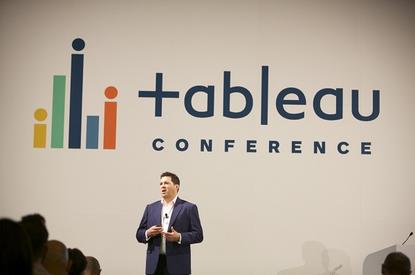 The Australia and New Zealand boss of Tableau has left the business after five years as the company is swallowed up by Salesforce.

Nigel Mendonca told ARN his decision to leave was motivated by “family reasons” and the company’s $15.7 billion-acquisition almost even made him reconsider.

“Tableau has been an incredible experience, but the tech industry is super busy and you make a lot of family sacrifices.”

The company now has employees across Melbourne, Canberra and Perth, as well as its Sydney headquarters.

ARN understands a replacement is still being sought for Mendonca. Tableau has been contacted for comment.

The departure coincides with Salesforce’s closure of the Tableau deal on 2 August, which was said to be the CRM giant's biggest acquisition by some distance.

At the time of the announcement in June, Tableau CEO Adam Selipsky -- who will maintain his leadership role and run Tableau as an independent unit out of Seattle, reporting directly into Salesforce founder and co-CEO Marc Benioff -- said he could envision the "shared values and cultures between the companies".