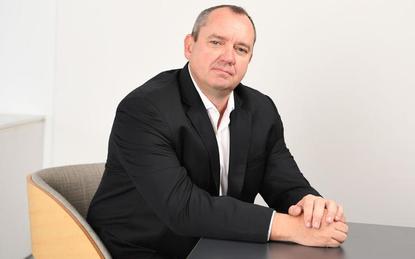 The distributor told shareholders today it entered into a binding agreement to acquire 100 per cent of the share capital of the company.

Rhipe will pay $2 million upfront which will be used by the owners to repay debt that has been accumulated in building the SmartEncrypt product. Three further considerations of $1 million each will be paid upon reaching sales of 10,000, 20,000 and 40,000 monthly licences.

Network2Share is a software developer established in 2013 with a focus on delivering data security solutions for managed services providers. The company developed CloudFileSync, a secure private cloud file sync and share software, and Netcrypt, which is an all-in-one security solution to protect company data using encrypted vaults to securely store files and ensure access only to authorised users. Netcrypt has since become an independent business.

The company has also developed SmartEncrypt, which Rhipe plans to bundle with Microsoft Office365, Microsoft Azure and other vendor licenses.

Rhipe expects the acquisition will provide it with new and differentiated IP that will be exclusively available in Asia Pacific via rhipe’s Platform for Recurring Subscription management (‘PRISM’).

Resellers will be able to use PRISM to sell, provision and bill their end users for SmartEncrypt alongside other PRISM-enabled software solutions. Rhipe has already market-tested the SmartEncrypt capabilities with a number of key resellers and has received strong interest in the product for deployment in small and medium sized end-user businesses, the company told shareholders on 5 August.

The Network2Share team and its CEO Regan McKay will be joining Rhipe as part of the deal.

“We see the huge potential Rhipe brings to the continued development and commercialisation of the SmartEncypt platform," McKay said.

"I believe that the wealth of experience and connections the rhipe management team provides us will certainly be invaluable in commercialising our encryption product globally and deliver value to rhipe shareholders.”

Dominic O'Hanlon, Rhipe's CEO, said the acquisition of SmartEncrypt has been some time in the making.

"As ‘The Cloud Channel Company’ rhipe’s strategy has been to bring new products and services to market for our rapidly expanding reseller community. Last year, Rhipe expanded its own PRISM platform and grew service offerings such as 24/7 support-as-a-service," O'Hanlon said.

"The new acquisition of SmartEncrypt will now result in the launch of Rhipe’s own billable software product that can be sold alongside licenses from other vendors."

Rhipe is selling "many millions of dollars in software subscriptions" every month to more than 3,000 resellers in Asia Pacific according to O'Hanlon.

"We have the reach and distribution capabilities to bring SmartEncrypt to market in a way that would have been otherwise impossible for the owners of Network2Share.”

In January, Rhipe entered into a binding agreement to acquire Queensland-based Microsoft partner Dynamics Business IT Solutions (DBITS) in a $4.5 million deal, potentially rising to $8 million.

The privately-owned business operates as an IT services, integration and support business provider with a focus on Microsoft Dynamics 365 Business Central.

A further deferred consideration of up to $3.5 million could be payable over the next two years post acquisition, comprising of cash and shares, contingent on achieving financial targets "in excess of the expected contribution".