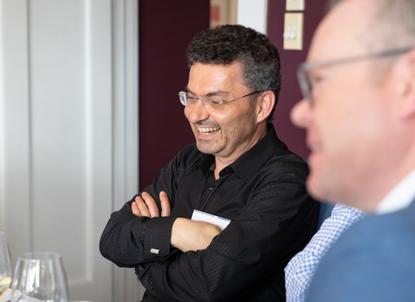 New  Zealand public cloud provider Catalyst Cloud is seeking to accelerate growth with the appointment of a chief growth officer.

Igor Portugal, who has been business development manager of Catalyst IT since January 2017, has been redeployed to the new role at Catalyst Cloud.

The shift reflects a commitment by the Catalyst Cloud board to invest in accelerating the growth of the now independent cloud computing business.

However, organic growth was starting to exhaust itself at the same time the market opportunity was expanding.

"We're in a prime position to take on some of that growth but to do that need to mature our sales effort rather than grow organically," Portugal said.

Portugal will be running sales, marketing and retention teams. However, his first job was to build those teams from one staff member currently to around five within the next two years.

The change is also about offering another option for users seeking multi-cloud capabilities.

"We don't believe that any particular cloud provider is all things to all people," he said.

"With our geographical position we do believe that cloud geography does matter and it's not just about data sovereignty but also for performance related to latency."

Some of Catalyst's existing customers, for instance, use both AWS and Catalyst to offer a better experience to NZ customers, Portugal said.

Clients range from AUT, Māori Television and GNS Science to smaller innovators such as Nyriad and Dragonfly Data Science.

"Igor is a pioneer of open source and a proponent of cloud computing," said Catalyst Cloud managing director Bruno Lago. "He is an inspiring and knowledgeable person for our team and for anyone whose company is considering how to exploit true cloud more fully."

Catalyst Cloud, which has offices in Wellington and Auckland, became an independent business within the Catalyst Group in August 2017. That year it also began making moves towards a channel strategy to drive cloud growth.

Portugal said he had looked at customers on Catalyst Cloud and the New Zealand partner and reseller ecosystem.

He said the decision to use a cloud service wasn't usually made by by one party -- the business, the integrator and the software vendor or developer all had to be in broad agreement.

"In an elastic cloud environment we don't lock them in to a term or a spin. If they are successful they use more of our resources."

Part of his focus and energy in the new role, therefore, would be to put resources into helping customers succeed.