The Icehouse prepares to lose its founding leader of 18 years

CEO Andy Hamilton to move onto the board of Icehouse Ventures 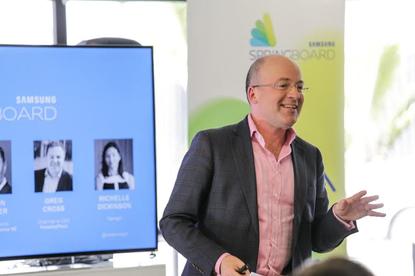 Andy Hamilton, the founding CEO of The Icehouse, today signalled his intent to leave the executive role and join the board of Icehouse Ventures as an executive director.

Hamilton was The Icehouse’s first employee and CEO when it was formed in 2001, He will stay on as CEO for the nine months and support its board recruiting the next CEO.

The recruitment process will start next month.

Hamilton will join directors Sam Stubbs, Tim Williams and Anne Catley on the board of Icehouse Ventures.

Icehouse chair Chris Quin said Hamilton’s leadership has been outstanding and called him "one of the pioneers of modern New Zealand entrepreneurship".

“His energy, passion drive, and tireless commitment to growing the Icehouse and its ever-expanding New Zealand and global network of owner managers, entrepreneurs, investors and businesses has made an exceptional impact on the New Zealand business community and economy," Quin said.

Quin said the launch of Icehouse Ventures in April was a massive boost for New Zealand innovation, and a defining moment for The Icehouse.

It led to investment from KiwiSaver fund Simplicity, Jarden (formerly First NZ), Sir Stephen Tindall’s K1W1 and a group of investors associated with the Icehouse and Ice Angels which have taken a joint 23 per cent stake.

Simplicity committed to invest $100 million in early-stage companies over the next five years.

To the end of 2018, The Icehouse customers had grown revenue by $15.5 billion of which $3.7 billion had come from international markets. 27,285 new jobs were created.

Over the last few years it expanded into the regions to support SMEs on the ground, through its Hawke’s Bay partnership, which has now expanded into Gisborne. Later this year, The Icehouse will establish operations in the Bay of Plenty.

Hamilton said he had been pondering a move for some time. After approaching 20 years in the role, he said, he believed it was time for someone else to take the reigns.

“The Icehouse is an amazing cause to be a part of, especially when we see the impact, the results and outcomes on not only the businesses, but also the livelihoods of the people involved," he said.

"What we have learned is the incredible impact that improved mindset and confidence can cause when you get in behind the owners, leaders and founders of Kiwi businesses to help them realise their potential."

Hamilton received a New Zealand Order of Merit for his work with The Icehouse and his services to the business community.