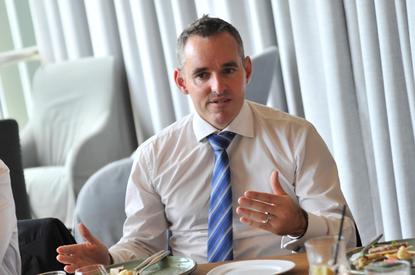 Foot, who most recently held the role of Asia Pacific and Japan senior director in the modern data centre division, joins HPE as general manager for compute-hybrid IT, South Pacific.

As part of the newly created role, Foot will be based in Melbourne and will be responsible for managing a group of sales, category, pre-sales and technical staff, across both channel and direct customers.

HPE created the role earlier this year after it split the general manager hybrid IT role into GM of storage and and GM of compute, both of whom report to Stephen Bovis, vice president and managing director, South Pacific.

“With more than 20 years’ experience leading teams within global technology companies, we believe that Andrew’s extensive leadership experience will help him drive great results for our HPE team and deliver value to our channel partners in Australia,” said Bovis. “We’re all very excited to see what he brings to the role.”

During his nine-year career at Dell, Foot held a number of roles, including general manager of converged platforms and solutions A/NZ and GM for sales in Australia.

His departure from Dell coincides with the vendor’s recent restructure of its APJ operation, which led to the exit of Dell EMC enterprise president for APJ David Webster in May. At the time, the vendor announced it had unified its sales teams in APJ under Amit Midha.

The company also officially revealed its new branding as Dell Technologies, doing away with the Dell EMC moniker it presented for three years after its US$67 billion deal of EMC at the end of 2015.