Containers give old Customs software a new lease on life 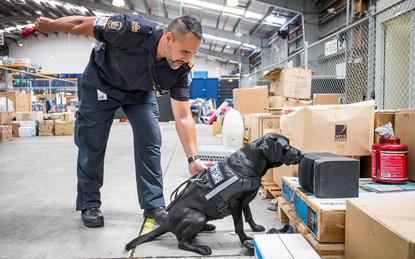 Govt.Container is a new cloud service that enables existing heritage applications to be evolved and updated more quickly and cost-effectively, Datacom said.

Containers package and isolate applications with the files they need to run, enabling faster development and more frequent releases while better supporting Agile methodologies and DevOps.

The new NZ$140 million JBMS was supposed to replace the two decade-old CusMod but in 2015 the department described the latter as "suitable for continued use" after server and software upgrades.

The agency told Parliament very large amounts of information were still stored in CusMod and it was still considered an important tool and was to be retained "for the time being".

It was built using open source technologies from established communities. The container service is built around a core of application containers powered by Docker, with orchestration and management provided by Kubernetes (a container orchestration system for Docker), and on a foundation of Red Hat Enterprise Linux.

“We needed a way to adopt rapid application development while working with our existing CusMod system,” Mathew Black, CIO from NZ Customs said.

"Datacom has also supported us in the move towards a DevOps approach, which is a much more agile and responsive way for our developers to work."

Datacom will take care of deployment, upgrades, and ongoing patch management of the underlying platform.

Bryce O’Kane, Datacom’s associate director of cloud, said that NZ Customs was the first customer to take up the Govt.Container service, however, discussions are in progress with several others.

“We see the Govt.Container service as having two key purposes,” he said. “A core function is to allow faster development and more frequent releases of older legacy systems, but the other growth area is new applications being built on containers, as this allows developers to work far more quickly.

"As more businesses seek to digitise their customer offerings, the need for DevOps’ pipelines with automated build, test and deployment of application releases will increase, side by side with the demand for containerised solutions.”