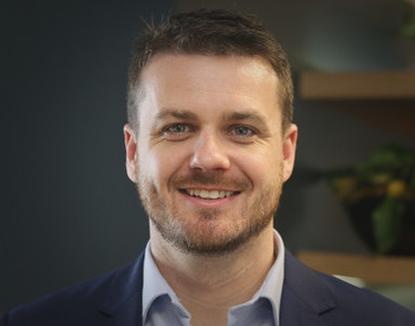 Across the ditch, the aged care industry is in crisis mode as a Royal Commission probes the quality of care being provided and uncovers repeated allegations of failure and even abuse.

It is a scenario being watched carefully by New Zealand's providers, Ryan Priest told Reseller News, because the market dynamics here are very similar.

"New Zealand is in the exact same boat as us," the chief technology officer of healthcare technology company Syno Global said.

"There is an aging population coming through, there is dramatic growth in aged care and New Zealand is watching the Royal Commission closely."

Many local aged care providers have approached Syno Global, he and many business cases for investment are in place.

Priest said the challenge can be boiled down to one key issue - how to allow residents in aged care homes to "get on with their lives".

That requires homes to both provide a safe and comfortable environment and also one that deliver quality care  while respecting privacy.

Priest, who is on a three-stop speaking tour of New Zealand with distributor Telegistics, said the level of care required is directly related to the health of the patient.

The health of patients with high-care needs, with illnesses such as dementia, can deteriorate more quickly when removed from their natural environment. However, they also need help and monitoring.

New technologies are offering new approaches to provide a "best of both worlds" middle path that delivers safety as well as dignity and privacy.

Priest calls this "ambient assisted living". It started with the smart floor concept that is able to keep an eye on residents in real time.

Alarm mats to alert staff to falls have been around and in use in facilities for a while, but smart floors are several steps beyond that.

The technology has been specifically designed to detect falls and trigger automation systems such as lighting, whilst recording resident activity for history playback for staff handover

Rooms can be turned into smart rooms with the floor acting like a big circuit, Priest said. Such systems can be integrated with building automation and security systems using wireless networks connecting the various sensors with a controller in the ceiling.

And that's where Cisco's Meraki cloud platform comes in, allowing a central point of control and management for the various technologies and smart sensor systems being deployed on an aged care campus.

Priest said due in part to concerns over the quality of care being delivered, families of residents are sometimes planting cameras in rooms to do their own monitoring. That creates a new problem because the aged care organisation also has to manage the privacy of the patients.

Technologies such as Meraki can provide a platform to give the families access to in-room cameras if they want while the provider retains ownership and management of the equipment and the network.

Such options can also provide a point of difference for the provider and help both  customer concerns and help establish them as leaders in their field.

Real time location technology can also offer benefits, allowing patients to be tracked if they are wearing a pendant or band device.

Priest said this often doesn't work too well for dementia patients who may not react well to foreign object, but low to medium level care residents often welcome them.

The overall effort, he said, was aimed at giving staff time back to reduce stress and to deliver high quality care in their interactions with patients.