Base 2 expands with Ginger IT buyout 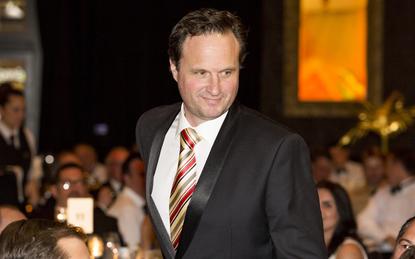 Auckland-based managed IT service provider Base 2 has bought Ginger IT, expanding its customer base and taking staffing to over 50.

Base 2 managing director Greg Sharp told Reseller News that the company has been seeking both organic growth and acquisitions with the help of banker BNZ.

Further acquisition targets have been identified, Sharp said, and while he was not rushing discussions are being held.

Sharp said he had been looking at three or four potential businesses to buy, but Ginger IT was a great fit in terms of culture and the tool-sets used by both companies.

"It's part of a process and we want to be extremely deliberate about making it work and using it as a template moving forward," he said of the acquisition.

Both companies use tools from Autotask and Datto, he said, and were "100 per cent aligned".

Ginger IT also had "great clients" in areas Base 2 does not currently service, such as the medical and legal industries, Sharp added. Base 2, in contrast, boasts strengths primary, produce, hospitality, retail and financial service.

Because growth is funded through cashflow and debt, such diversity was important to reduce "concentration risk", Sharp explained.

Ginger IT managing director Steven Richardson said becoming part of a bigger team would increase opportunities for the company's staff and improve service for clients.

The company had built a strong and loyal customer base since launch in 2010, he said.

Becoming an employee would also allow him to focus on what he was good at and take a lot of stress out of life as he has a family.

The buy expands Base 2's engineering team and capability and as a larger business allows more investment in career development for staff, Sharp said.

The Ginger IT team shifts into nearby Base 2's office on Monday.