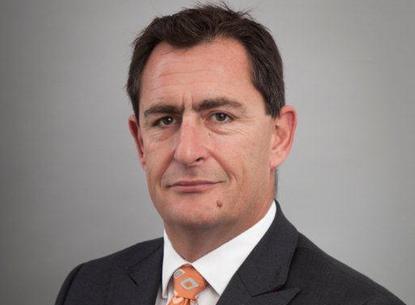 After nearly five years at Spark, a straight-talking Simon Gillespie has returned to Dimension Data as chief executive and is the first to admit there is a job to do.

With around 300 local staff, the company is about half the size it was just five years ago.

"It's an organisation that has gone backwards consistently for about four years now," Gillespie said.

The company had become internally focused and lost its way with customers. Processes and metrics took priority over customer outcomes and staff satisfaction, he said.

Staff churn was up in the 30 percentage points annually.

It was important to speak clearly, he said, without "weasel words", to tell the market that Dimension Data accepted it hadn't been as good as it should have been and that it was now back.

Gillespie said he had heard people in the business complaining about competitors taking staff and customers.

"Seriously? That's their job to take our staff and customers. That's what they are paid to do.

"It's a full contact sport. No longer will we be laughing stock. No longer will be be a hunting ground for staff or customers. We might not always win but we are going to fight and we haven't."

In terms of global business unit performance, the New Zealand operation is an outlier in the wrong direction.

The global group now being created, which will see Dimension Data rebranded as NTT, will boast around 40,000 staff and $14 billion in revenue.

Dimension Data NZ needed to embrace the advantages being part of such a global group delivers, Gillespie said, and make that relevant and meaningful for local customers.

This is especially the case in managed services and security, where the company is a global powerhouse.

Dimension Data is a company Gillespie is very familiar with, having spent three years there between 2011 and 2014, nearly a year and a half of that as CEO.

Because 29 companies are coming together as part of the new global NTT business, there is a great opportunity, he said. But the New Zealand operation will have to be targeted about the capabilities it chooses to bring on shore.

With 300 people it will be important to decide what the company is going to do and, more importantly, what it is not going to do.

"Managers and leaders often spend a lot of time on two things: the strategy and the model," he said.

"Great. It's good to have one of each. But the thing that really makes a difference is execution."

The current strategy of focusing on multi-cloud, desktop and network seems reasonable, he said. Similarly the model is fine.

The real mission is to improve execution for customers.

Gillespie said there is an opportunity to use metrics such as net promoter score ratings to track performance more frequently than the current annual exercise.

"The last one was terrible but that was back in September last year. I'd like to think the work that [services director] Mark Dyer and the team have done over that time have dramatically improved that."

There is also an opportunity within Dimension Data's existing customer base to improve what the company does for them and get better results.

"My focus is on existing customers to stabilise that and prove to them that we are worthy of taking more of their spend," Gillespie said. "It's about how we earn it rather than how we sell it."

Strong areas of service in addition to security include the desktop and cloud, which Gillespie believes is a real opportunity.

In the era of IaaS locally, anyone without a top quality data centre was at a disadvantage, but with the arrival of the hyper-scale providers such as Microsoft Azure and AWS, that has changed and levelled the playing field.

A lot of integrators came through that period, but not in great shape. Gillespie cites organisations such as Consegna and The Instillery doing an amazing job with customers.

"I look at that and I ask 'why not Dimension Data?' The answer is there is no why not."

Gillespie said he liked the idea of acquisitions but no discussions have been had and with the emphasis on stabilisation and rebooting the business they could be a way off yet.

Another area in need of attention is relationships with alliance partners, including Cisco, Microsoft, VMware Dell, IBM and Checkpoint, who Gillespie said had been neglected.

Instead of blaming others, he said, people need to ask what they could have done better and decide what they will do next time.

"I didn't see enough of that."