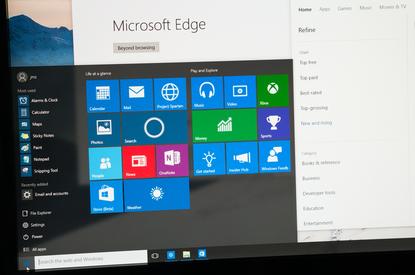 Microsoft has unveiled preliminary versions of its remade Edge browser for Windows 7, Windows 8 and Windows 8.1.

The preview builds for the older operating systems were marked as from the "Canary" channel, the least polished of the four eventual versions Microsoft will support. Two other more reliable channels - "Dev" and "Beta" - will lead to the production build, dubbed "Stable."

When Microsoft first told users it would ditch Edge's home-grown browser technologies and replace them with those from the Chromium open-source project, the company promised to craft editions for not only Windows 10, but also its predecessors as well as macOS.

Going cross-platform was, Microsoft contended, one of the benefits of jumping aboard Chromium, the project whose rendering and JavaScript engines also power Google's Chrome, Opera Software's Opera and several niche browsers.

Users of Windows 10 and macOS have two Edge channels available - Dev and Canary - which are updated weekly and daily, respectively. When the Beta build debuts, it will be refreshed about every six weeks.

But Microsoft has no intention of keeping a set schedule when the "full-Chromium" Edge reaches Stable.

"We're not beholden to six weeks or four weeks or something like that, but it's going to be in a similar time frame," Chris Heilmann, a Microsoft program manager, said in ashort video posted to Twitter.

Chrome and Mozilla's Firefox, currently the browsers in first and second place in the race for user share, are upgraded on schedules that range from every six weeks (Firefox) to every six to eight (Chrome).

Exceptions to those cadences are made a time or two each year, most often near year's end when holidays proliferate, and employees take time off.

Computerworld expected Edge - once it was released as a Stable build - to synchronise its schedule with Chrome's, but from what Heilmann said, that's not going to happen.

It's unclear how Microsoft will deal with security updates for Chromium Edge - the main reason why Computerworld assumed synchronisation - if it lags behind those done by Google for Chrome.

Although Chromium blocks access to its bug tracker for some time after a patch is issued - so that attackers can't read the technical details of the flaw - hackers have been known to reverse-engineer a vulnerability by comparing new code to old, then sussing out the differences.

If Google patched Chrome and Microsoft waited to update Edge, attackers might be able to exploit the latter during the interval.

Edge for the older OSes - Windows 7, 8 and 8.1 - can be downloaded from the Microsoft Edge Insider website.