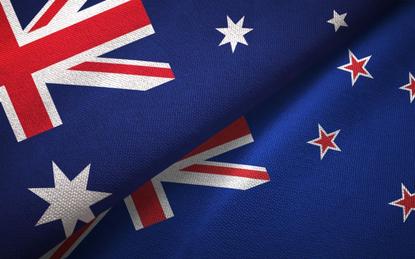 An A/NZ effort to deliver a new, super-accurate form of GPS system is being funded out of its trial phase and into procurement.

The New Zealand government has set aside $2 million to help build the technology which can deliver positioning data accurate to less than a meter.

Minister for land information Eugenie Sage and minister for transport Phil Twyford announced funding for a satellite-based augmentation system (SBAS) in Budget 2019. saying it would help save lives and drive innovation.

“I’m pleased to announce that the government, alongside Australia, is investing in world leading technology to vastly improve the accuracy of GPS in New Zealand enabling faster and safer helicopter rescues and innovation in a range of emerging technologies,” said Sage.

Geoscience Australia is already looking for partners to help build, operate and maintain the Australian SBAS under $160.9 million, four-year project.

The New Zealand ministers spoke to pilots at the Auckland Rescue Helicopter Trust about how the new technology will support emergency helicopter crews to make more accurate approaches, meaning they would be able to reach patients in challenging locations.

“This technology will also improve the safety of self-driving cars in the future, where precise positioning information will allow safer navigation and help avoid collisions.”

GPS usually provides positioning information accurate to about 5 to10 metres. The new system will improve the accuracy to less than a metre, and in some devices to 10 centimetres.

When fully implemented it is expected this technology will result in $1.47 billion worth of economic benefits to the New Zealand economy.

Other examples of SBAS applications in emerging technologies are virtual fencing, where livestock may wear GPS-enabled collars to stop them going where they are not supposed to – replacing some physical fences, keeping livestock out of waterways, and making grazing more efficient.

It also has applications in workplace health and safety, particularly in the forestry sector, where more accurate GPS can alert workers using equipment to other people in the area. It can also help ships navigating in confined waters.

Once a preferred provider for delivering SBAS has been identified, approval to release further funding will be sought to implement a regional SBAS.

“New Zealand and Australia are working together on the initiative so both countries can share costs and reduce duplication of effort in the region,” said Sage.