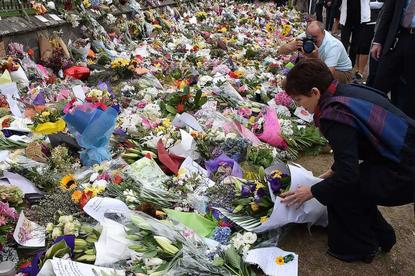 The Kiwi threat landscape has changed since the Christchurch terror attacks, with terrorism moving ahead of cyber security concerns.

Research conducted before and after the Christchurch mosque killings has revealed the deep impact of the terrorism.

Before the attacks New Zealanders had the lowest level of concern about criminal attacks at large events of 13 countries included in the long-running Unisys Security Index and ranked war or terrorism as only seventh out of eight types of security concerns.

Immediately after the attacks, war or terrorism emerged as the top security concern for Kiwis for the first time in 12 years as well as a clear public expectation on the role of social media to identify and prevent malicious activity.

New Zealanders recorded the lowest concern out of the 13 countries about such criminal attacks.

After the attack, more than half of all New Zealanders (51 per cent) reported being very or extremely concerned about national security in relation to war or terrorism – up from 29 per cent before the attack. For Christchurch city residents, concern more than doubled.

However, he said, it is important to note that New Zealanders continue to hold a much lower level of concern than most countries, with only Germany and the Netherlands lower.

At the end of March, the overall measure of security concerns of the New Zealand public was 143 out of 300, up from 139 two weeks before the attack which had been relatively unchanged from 138 in 2018.

The research also found that the vast majority (80 per cent) of New Zealanders believe that it should be the responsibility of social media companies to monitor and remove content that they deem to be hate speech, racist memes, inappropriate comments and malicious or disturbing content.

Only 25 per cent agreed with the statement that New Zealand is a free country and New Zealanders should be allowed to post whatever they like on social media as ‘free speech.’

“New Zealanders reacted strongly to the role social media played in publicising the attacks and helping the gunman achieve his objectives," Whelan said.

The Index suggested strong support for governments, regulators and social media giants to create a framework to stop internet "echo chambers" from creating an environment that encourages hate and violence.

More than half (56 per cent) agreed that police, law enforcement and other government agencies should be able to access and monitor all social media channels, including private chat groups, to look for disturbing content and malicious activities.

Identity theft and bankcard fraud continued to be the two most pressing concerns worldwide for the third year in a row.

The research surveys a nationally representative sample of at least 1,000 adults in each country.