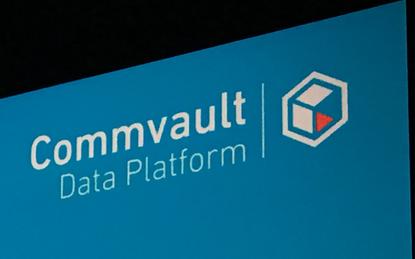 Back-up and recovery vendor Commvault has made two new hires as it reveals its FY20 business strategy for Australia and New Zealand (A/NZ) in the face of "significant" year-on-year growth.

As a result, Craig Bastow has been appointed as the APAC senior director of worldwide alliances and will be based in Brisbane. Bastow has been with Commvault since 2014 and previously worked for Dell EMC and Volante.

Bastow’s mandate is to help drive the company’s partner-led strategy, focusing on technology alliances and underlining its commitment as a partner with the likes of Cisco, Hitachi and Amazon Web Services (AWS).

“Commvault’s first commitment is to its partner ecosystem; to have open, meaningful dialogue and to work on tough problems together,” Bastow said.

Additionally, Mark Adams has been appointed as the director of enterprise accounts for A/NZ. Prior to joining Commvault, he held roles with Cisco and HPE.

Commvault area vice president Rob Malkin was the driving force behind the restructure and expansion of the local sales team. He has also been credited for the major surge in A/NZ in subscription sales, growth and expansion in the service provider market.

“We are committed to providing this market with the best people, processes and technologies to optimise operations, meet stringent service levels and realise the full value of its data,” Malkin said.

“Commvault’s track record of success over the past 12 months has further positioned our A/NZ business operations for its next phase of growth and profitability.”

Last July, Commvault shook up its organisational structure and revamped its product portfolio across Australia and New Zealand (A/NZ) in an effort to simplify its channel strategy.

However, Nextgen continued to retain master distribution status in New Zealand, with Commvault currently working with around 200 partners across both sides of the Tasman.

"What we’re doing with this new model is simplifying our offerings and we’re creating a new strategy, aligning with our partners and their skills sets, around our route to markets,” Malkin said at the time.