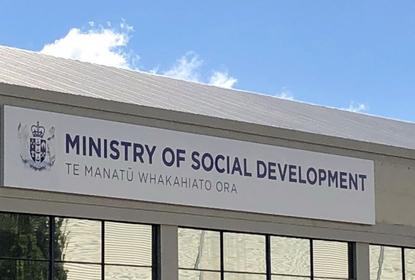 MSD received funding to manage the risk of critical systems failure in the 2019 Budget.

The Ministry of Social Development received a total of $137 million in yesterday's Budget to stabilise its ICT systems.

The money, including $74 million in operating funding and $63 million of capital, was voted to reducing the risk in critical systems and to support the implemention of legislative change.

"This initiative aims to maintain the Ministry of Social Development’s provision of services to over one million New Zealanders and make $24 billion in payments annually, by stabilising the computer systems at highest risk of serious failure," the Budget document explained.

Stephen Crombie, MSD's deputy chief executive corporate solutions, said the ministry had an on-going program of maintaining and then replacing hardware and software.

"Our current systems are stable and working well," he said. "The money we received in the Budget will be spent on a planned improvements to proactively upgrade key systems in a timely manner.

"As part of our longer term planning we are considering how we transition from our older systems such as Swifft but this is not part of our Budget 2019 funding."

A ministry report showed that the simplification program had a budget of $112 million and was due to be completed in December 2017.

The program, which had completed around 20 projects, aimed to develop easy-to-use, more transparent processes and better access to digital self-service channels, Habershon said.

In a briefing to its incoming minister in late 2017, MSD included a note on the need to remediate critical system risks.

"We would like to discuss with you progressing the drawdown of the remaining contingency funding which will enable the ministry to complete the availability component of the project in a timely manner."