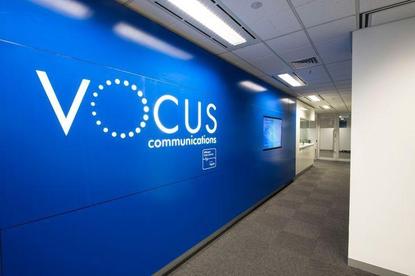 Vocus has received an acquisition proposal from private equity firm, EQT Infrastructure in a deal valued at $5.25 per share in cash, worth $3.26 billion, via a scheme of arrangement.

In a statement to shareholders, the fibre network services provider said there was no certainty that this process or the proposal will result in an offer for the company.

“Vocus will update shareholders, in accordance with the company's continuous disclosure obligations, in due course,” the company said.

In the meantime, Vocus has appointed UBS as its financial adviser and Allens as its legal adviser.

This is not the first time Vocus receives takeover offers, in July 2017 Vocus found itself at the centre of a bidding war after the company received an acquisition proposal from Asian private equity firm, Affinity Equity Partners.

The news comes as Vocus faces a class action over allegations that it misled shareholders within its FY17 financial guidance.

In August 2017, Vocus released unaudited results for the 2017 financial year, bringing in a net profit after tax (NPAT) of $152.3 million, way below the company’s guidance range of $160 million to $165 million.

According to the Australian telco, this downgrade was primarily due to higher than forecast net finance costs and a higher effective tax rate at 33.4 per cent.

This followed the company’s move in May to wipe off $100 million from its revenue target for the financial year ending 2017, blaming the forecast downgrade on lower than expected billings in its enterprise and wholesale business, and re-jigged terms on a number of large projects.

The proposed class action was flagged by Slater and Gordon in September 2017, on behalf of persons who acquired an interest in Vocus shares from 29 November 2016 to the close of trade on 2 May 2017.