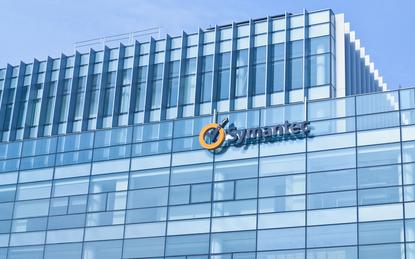 The CEO role at Symantec hasn’t been a secure bet for a long time.

Symantec, a security behemoth, has lost its fourth CEO in little over seven years.

He stepped down unexpectedly last week, the same day the security vendor issued a profit warning, sending the shares plunging in after-hours trading.

Symantec said Clark will be replaced by director Richard Hill on an interim basis.

Hill was formerly CEO of semiconductor maker Novellus Systems, giving him experience in enterprise sales, an area where Symantec has faltered.

When asked on Clark's sudden departure by analysts on a call after the earnings announcement, Hill said, "He has had issues with his father being ill. And the pressure is quite high that we want to continue to deliver strong financial results and also growth on the top line for shareholders, simultaneously.”

In 2016, Symantec announced plans to acquire Blue Coat Systems for a price of US$4.65 billion in 2016 as the web and cloud security vendor will become part of Symantec.

Blue Coat CEO Greg Clark was appointed chief executive officer of Symantec and join the Symantec Board upon closing of the transaction, replacing Michael Brown.

In the year of 2016, Symantec cut its quarterly revenue forecast and announced that CEO Michael Brown will step down in April 2016. Brown was appointed to the top post in September 2014.

Salem Enrique and Steve Bennett were fired as Symantec’s CEOs in July 2012 and March 2014 respectively.

Salem had a nineteen year association, including a three-year stint as CEO before replaced by company’s chairman Benett.

But Bennett and Brown served as president (and CEO) for little less than two years each.

And now Greg Clark is the latest Symantec CEO to quit from the post in less than three years.