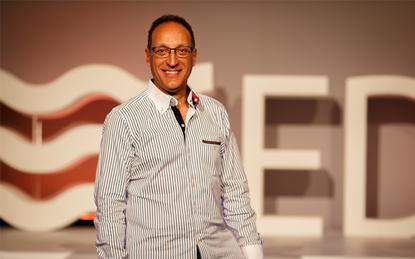 After arriving in the A/NZ region five years ago, CompTIA is wooing potential Kiwi members.

Moheb Moses, director of Channel Dynamics and CompTIA's representative in A/NZ, said the regional organisation was redistributing its events activity from focusing on the Sydney market to including New Zealand and Melbourne.

After spending the first few years getting the brand established in Australia it became apparent that people from further afield were not prepared to fly to Sydney to attend CompTIA's events.

The organisation, which has staged three events a year in Sydney up until now, will run an event in Auckland on May 16 and is planning another for November in addition to two events in Melbourne.

It also offers webinars and podcasts.

The meetings are not just about consuming information, either, he said. They were "meetings" rather than events, and not just to consume information, but to contribute.

A recent Sydney meeting, for instance, focused on the issue of leadership and what it means in technology and how has that changed.

Among its many reports, CompTIA offer a "State of the IT Industry" study with a New Zealand breakout.

However, CompTIA is also a membership organisation and advocate for the IT industry, delivering other services such as advocacy, education, research and philanthropy.

Because it receives $75 million a year in revenue from certifications, membership for most individuals is free.

The aim is to be open and inclusive, Moses said, and the meetings were certainly not a sales environment.

The upcoming event in Auckland will help educate people on what CompTIA is and has to offer and also to listen to members and potential members about their wants and needs.