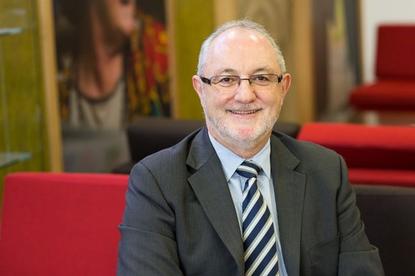 Over 2.1 million Kiwis had used IRD's new tax system as of yesterday, after what the tax office called a "monumental effort" to bring the upgrade home.

Online systems were taken down for a week earlier this month to allow the upgrade to happen, reopening a week and a half ago.

In what was one of the largest data migrations undertaken by any New Zealand government agency, some 20 million income tax records, representing around $5 billion in financial transactions, were moved to Inland Revenue’s new system during the seven-day shutdown over Easter.

Since reopening, the new system has had a good workout, handling:

“This was a monumental task – far larger than our two previous releases but we have managed to complete it successfully,” said Greg James, Inland Revenue’s deputy commissioner, transformation.

Gentax can be upgraded as new features come available while maintaining local customisations because of the new software's object oriented architecture.

"The ability to buy off the shelf and configure has really made a big difference," James said.

Despite those configurations, the percentage of core code in Start is exceptionally high, he added.

Accenture also had a big role to play in working on and maintaining the original IRD computer system, First, James told Reseller News.

Because of its 40-year-old monolithic architecture of 45 million lines of Cobol code, First cannot be gradually switched off and will remain in use at least until after Release 4 next year.

"Our reliance on the old system is becoming less and less," James said.

Almost 300 people worked across 185 hours to get the new system up and running – a job that required more than 1,100 tasks to be completed.

“The scale of this year’s release puts our two previous releases in the shade,” said James.

“Migrating income tax records was always going to be our biggest test but now that’s been done we can begin the process of issuing automatic tax assessments later this month.”

It was the the third  and largest software release in IRD's multi-year, $1.8 billion transformation project which is so far on time and under budget, James said.

The power and flexibility of the new system lays the foundation for future governments to change tax and benefit policies, which had been hampered by the ability of the legacy Cobol software and complexity of First.

“We’re pretty happy with the way the new system has been working in the first week or so but given the scale of what we’ve done there are bound to be a few bumps in the road ahead," he said.

“The tax system that we have now is vastly superior to the one we had before and I think all taxpayers will get to experience the benefit of that.

“We realise that some of our changes will take some getting used to but we have a website that’s packed full of information and our people are trained and ready to help.”

Planning is already well underway for release four which will bring KiwiSaver and student loan records over to the new system.

Deloitte subsidiary Team Asparona has been working on IRD's middleware layer with Oracle during the project and more recently on a content management system, also from Oracle.

IRD has also been keeping in close contact with tax officials in Finland, who are slightly further down the road to transformation using the same Gentax system.

James said IRD was now well and truly on the runway to implement more advanced analytics. Start already has very good transactional analytics, he said, but SAS had been tapped to deliver an intelligence platform and data lake on an as-a-service model.